On 1 April 2021, the Court of Appeal handed down judgment in Adams v Options UK Personal Pensions, allowing Mr Adams’ appeal.  The Court reasoned that a key aim of the relevant regulatory framework is consumer protection and that although SIPP providers may accept introductions from unregulated introducers, if they do so any associated risk passes onto the provider.

On 29 April 2021, Options UK Personal Pensions confirmed that it was seeking permission to appeal the Court of Appeal’s judgment to the Supreme Court.

This article sets out the key points of the judgment and explains the key implications for SIPP providers.

Background to the appeal

Mr Adams’ claim relates to the transfer of his pension fund into a SIPP and the investment of his fund in storage facilities, known as “store pods”. Mr Adams was advised to invest in the store pods by an unregulated introducer, CLP Brokers Socieded Limitada (CLP), who introduced him to the respondent, an entity formerly known as Carey Pensions UK LLP (Carey), who provided and operated the SIPP (the SIPP).

When applying for the SIPP, Mr Adams signed a declaration confirming that he was establishing it on an execution only basis and understood that Carey were not able in any way to provide him with advice. Mr Adams also confirmed his understanding that he was solely responsible for decisions relating to the purchase, retention or sale of any investments held within the SIPP.

After the SIPP was set up and the investment in the store pods made, the value of Mr Adams’ investment depreciated significantly over time. Mr Adams brought proceedings against Carey in the High Court, seeking damages and to unwind his contract with Carey on the following grounds:

Mr Adams’ claim failed at the High Court on all three grounds. For a detailed discussion of the judgment of the High Court, please see our previous insight.

The High Court had found that the activities of CLP were not “advising on investments” or “arranging deals in investments”. The Court of Appeal disagreed with both findings.

In respect of whether CLP “advised” on investments, the High Court had dismissed Mr Adams’ argument for three reasons. Firstly, any advice given by CLP related to the investment in the store pods not the SIPP wrapper, and as the store pods were not a regulated investment such advice was not caught by the advising activity. Secondly, CLP’s recommendation of a specific SIPP fell short of advising on the merits of a particular investment, as required for the advice to be caught by FSMA. Thirdly, Mr Adams’ evidence showed that CLP had recommended Carey as a provider, but not any of their specific products.

On the above basis, the Court of Appeal found that CLP had given Mr Adams advice, in contravention of the general prohibition in FSMA.

The High Court had found that CLP’s action did not amount to arranging a deal in a particular investment. This was because there was no “direct and substantial causal connection” between the arrangements made by CLP and the ultimate transaction between Carey and Mr Adams.

No exercise of discretion under section 28 FSMA

The effect of finding that the Section 27 Claim was successful was that Mr Adams’ agreement with Carey was unenforceable. Whilst the Court of Appeal could have exercised its discretion under section 28 of FSMA to allow the agreement to remain in force if it was satisfied that it was just and equitable in the circumstances to do so, it declined to do this. Its reasoning was that a key aim of FSMA is consumer protection and that section 27 of FSMA is designed to transfer the risks associated with accepting introductions from unregulated introducers, such as CLP, onto providers, such as Carey. This left Carey with no route to oppose the consequence of the Section 27 Claim and argue the agreement between itself and Mr Adams remained valid.

Although in the High Court the FCA had suggested that COBS 2.1.1R could include duties similar to these, such duties were stated as being only illustrations of the sorts of duties that may be under the scope of that rule, and it was recognised that some of them were not applicable. Mr Adams’ initial claim did not argue these alleged duties.

The Court of Appeal therefore said that, in respect of the COBS Claim, Mr Adams was seeking not so much a challenge on the grounds of the findings of the High Court, but an attempt to put forward a new case. The Court of Appeal noted that it had been invited to comment on the implications of the COBS Claim in any event by the FCA, but had declined to do so on the basis that it would be more appropriately addressed in a case where the issues were live.

The appeal in respect of the COBS Claim was dismissed, with the Court of Appeal saying only that “Mr Adams might anyway have struggled to overcome the Judge’s findings [in the High Court] that any breach of duty was not causative of loss”.

Beware the risk of liability

For SIPP providers who use unregulated introducers and act on an execution only basis, a key implication of the Court of Appeal’s decision is succinctly stated by Lady Justice Andrews in her judgment:

“…the basis on which they contract with their clients will only go so far to protect them from liability. If they accept business from the likes of CLP, they run the risk of being exposed to liability under s.27 of the FSMA”.

SIPP providers who accept introductions from unregulated introducers must be prepared that any associated risk passes onto them as provider.

Revisit policies on due diligence and audit trails

That risk of having agreements with SIPP members declared unenforceable will turn on the circumstances of the particular case and how the provider has acted.  Having no knowledge or grounds for concern about the unregulated introducer giving advice is unlikely to be sufficient for the Court to conclude that it is just and equitable to allow the contract to be enforced.  Thorough due diligence on any dealings with unregulated introducers, and keeping a detailed audit trail, will be important to protect a provider.  Providers may wish to revisit existing policies to make sure that they are taking appropriate steps to safeguard clients and mitigate their own risks.

The risk extends to those providers who historically contracted with unregulated introducers. Though such relationships are less common now, the relevant limitation periods mean that SIPP providers may still be at risk in respect of potential liabilities flowing from historical arrangements.

Setting aside a SIPP contract may be problematic

Where a contract is unenforceable by virtue of section 27 of FSMA, a SIPP provider can be required to set aside the contract with its client and pay compensation for any loss caused to the client.  This may be problematic in practice in the context of a SIPP wrapper, which engages additional complexities including trust law duties.

In respect of the COBS Claim, the decision of the High Court remains good law. That decision offered clarity when it was handed down: in ascertaining the scope of the obligations imposed by COBS, one has to start with the contract between the parties. Where the provider is acting on an “execution only” basis COBS 2.1.1R does not impose an obligation to advise on the merits of the underlying investments. The robustness of the SIPP provider’s documentation with the client evidencing its execution only role is therefore important.

The Court of Appeal judgment offers no further material commentary on the COBS Claim (despite being asked to do so by the FCA) and is unfortunately an opportunity missed to affirm the High Court’s position to the market.  The FCA pushing the Court of Appeal to comment on the point is a clear indication of the regulator’s view (contrary to the first instance decision) of a provider’s duties even when acting on an execution only basis.  The fact that Mr Adams was given permission to appeal the High Court’s decision also slightly undermines the strength of the first instance decision on this issue.

Carey has now confirmed it is seeking permission to appeal the Section 27 Claim to the Supreme Court. The matter will be followed with interest by the market, but the narrowed scope of the issues before the Supreme Court will mean that final decision will be unlikely to provide any further commentary around the COBS Claim.

This publication is intended for general guidance and represents our understanding of the relevant law and practice as at May 2021. Specific advice should be sought for specific cases. For more information see our terms & conditions. 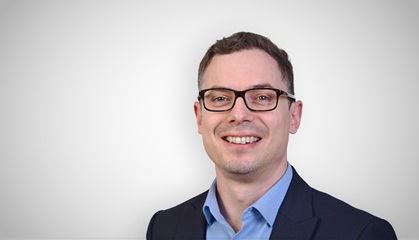 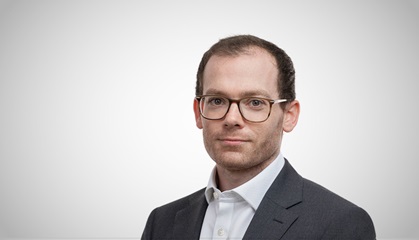 Stewardship for pension schemes: getting it right