Professor Les Mayhew’s report: The Mayhew Review – Future Proofing Retirement Living was published on the 01 November 2022.  The report was commissioned by the Associated Retirement Communities Operators (ARCO) to identify the scale of housing required by the over 65’s from now until 2038.   It drew on input from over forty experts.

The report claims that the number of over 65s is set to exceed 17 million by 2040 and as many as 6.2 million older people are set to live alone with half of them aged 80 and over.  To ease the pressure on the NHS and social services the Government needs to construct older people’s housing at the rate of 50,000 new units a year compared with the “meagre” 7,000 currently being built.

The report highlights that Government policy needs to focus on last-time buyers as much as first-time buyers as most incentives currently focus on the front end of the housing ladder.  The Mayhew Report sets out recommendations the Government needs to adopt to reach the levels of older people’s housing required as follows:

Currently only 7,000 retirement units are being built annually out of a total new-build of 200,000.  The report recommends an accelerated 50,000 new units a year.  The UK’s failure to build more retirement homes prevents downsizing, which would free up family homes and help to alleviate the housing crisis.  Currently there doesn’t seem to be enough retirement homes compared to demand.  However, the issue is not just the numbers of retirement homes required but also the quality of such homes and their location.  As the population is living and remaining active for longer, retirement homes which are built in remote locations are not fit for purpose. To appeal to the last-time buyer, retirement homes need to be close to shops, factor in sustainable transport and include amenities which are an active draw.

The recommendation put forward is for IRC’s to be significantly expanded as IRC’s can provide care services as well as communal facilities.  On average only 15 IRCs have been bult in the UK which is nothing like those being built in the US, Australia or New Zealand which have 6% of over 65s living in an IRC.

While, IRC’s provide readymade communities which can  reduce loneliness and a feeling of isolation, the question is whether this concept fits with the UK’s idea of later living or if the media image of American IRC’s is too big of a barrier to overcome?

Retirement developments are currently built mainly in rural or surburban areas yet there is evidence to suggest that there is growing demand among people over 65 for high-quality retirement accommodation close to town and city centres – particularly as the concept of the 10min city gains traction.  High streets have been declining  due to an increase in online shopping and the pandemic.  Repurposing high streets could be an opportunity to revitalise local communities and city centres by blending later living developments, and office and retail hubs. If you add in sustainable development, green infrastructure and the role modular construction could play, the repurposing is also supporting net zero,

Planning is currently a barrier to building greater numbers of IRC’s.  Whilst all planning authorities are faced with a lack of resource in their planning teams, either as a result of financial cuts or due to a lack of suitably experienced officers, a major problem is the lack of appropriate policies within development plans.  As planning decisions are largely predicated on policies in adopted development plans, without such policies, decisions on planning applications are left to officers who may have little or no knowledge of the need for such development.  As a result, the report recommends closer working between planning and social care departments to ensure that retirement housing with care is factored into local authority plans.

Additionally, the recommendation is that retirement housing is placed on a level playing field with other developments.There has been a problem with use classes that means that retirement housing for the active elderly can be identified with residential development that attracts a requirement for CIL and/or the provision of affordable housing.  Retirement housing or care homes that have the provision of care are not in the same use class so do not have to contribute to either.  In addition, where care is provided as an additional package, the age profile of the residents is likely to rise over time with more care being required such that a planning permission for residential development may find itself potentially unlawful due to the amount of care being provided.  The report essentially suggests that an all-encompassing class of older housing with care might solve the issue but this will require amendments to the Use Classes Order and then local plan policies to support that new class.

Another recommendation made by the report is offering financial incentives to encourage downsizing and specifically the report mentions cutting SDLT and offering the same benefits to last-time buyers as for first -time buyers.  This could help reignite a stalling property market and stimulate confidence in the economy

Financial advice and paying for care

It is suggested that many of those wishing to downsize are unable to do so as they don’t know enough about the renting/leasing model and social care cap.  As a result, it is recommended that greater financial advice is available for those wanting to move into retirement housing or similar.

In summary, the report suggests that a fundamental change of focus on housing policy is required.  It’s evident that the UK’s failing to adapt to changes in society caused by an ageing population.  If the current trends continue, there will be a shortage of housing for next generations; the social care system will collapse and the pressure on hospitals will increase.  The Mayhew Review has found that specialist retirement housing has a pivotal role to play as it helps older people stay healthier for longer, especially where it is coupled with round-the-clock care, as well as reducing the burden on the NHS and care homes.

This publication is intended for general guidance and represents our understanding of the relevant law and practice as at November 2022. Specific advice should be sought for specific cases. For more information see our terms & conditions. 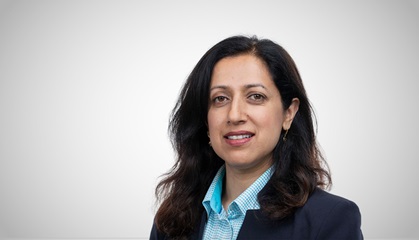