The UK’s employee ownership sector has doubled in the last five years with a recent wave of high-profile conversions. With the potential for this growth to continue, TLT has partnered with Stir to Action, J Gadd Associates, and Triodos Bank UK, together with the Employee Ownership Association, to explore the benefits of employee ownership as an alternative for business owners who are considering or planning their succession or exit.

In this employee ownership Q&A series, we will be talking to former business owners about their experience of converting to employee-owned businesses, and what this has meant for workers, their mission, and their impact in their local community.

We start the series with David Sproxton, the co-Founder of Aardman Animations, a studio known for films made using stop-motion clay animation techniques, including Wallace and Gromit, Chicken Run, and Early Man.

In 2018, Aardman Animations became an employee-owned business, part of a new wave of conversions in the UK. Why did you choose employee ownership and why is it a viable option for retiring business owners?

As we looked towards our retirement I was seeking out a better exit strategy than the conventional trade sale, which in our business would have been to an international media conglomerate. The danger is they would have stripped out the Intellectual Property, shipped production to cheap labour/tax-advantaged territories, and closed the company in Bristol. We’ve certainly seen this happen with other companies.

Employee ownership enabled us to avoid this possibility. It also rewarded the employees for all the work they have put in over the years to help build Aardman to become what it is today and retains them in a positive way.  It was also a good route for the owners given the 2014 Finance Act – which offers tax efficiencies – but that didn’t drive the decision. Rather, it was the ability to preserve the legacy of the company and keep it doing what it does best.

What are the main benefits and challenges of moving to employee ownership in your recent experience?

Alongside the advantages around protecting intellectual property, local jobs, employee retention, and preserving Aardman’s legacy – and also those benefits for both business and the economy as outlined by the Employee Ownership Association – there can be challenges when it comes to communicating the shift in ownership to stakeholders.

There is a fair bit of leg work to do in transitioning ownership, so having a good Employee Ownership consultant and a lawyer who is au fait with the structure really helped us. I’ve heard of other companies where the transition wasn’t really dealt with very well.

In our case, the business already had the right cultural alignment, so that wasn’t too much of a problem. Even so there are lots of meetings, and we needed a communications strategy to bring the employees on board. In Aardman’s case we were also worried that the large cohort of regular freelancers may not have a voice. We decided that hearing their voice was important and managed to build them into the structure through the Partners Representative Group, which has really helped.

How did you decide what kind of employee ownership model to go with?

It took a while to work this out, but with our concern for freelancers, and also the great difficulty in employees being able to afford to buy out the company directly, we settled on the trust model, like John Lewis, in which the shares in the company are sold to a Trust that holds the share for the beneficiaries – those who are employed by the company. It’s a well-proven model and avoids a number of issues including the need for internal share dealing or the need to buy back shares from employees who leave.

How does employee ownership change employees’ relationship to their work, and how does this manifest itself? Do you have a workers council, and if so what is their power?

The Partners Representative Group (PRG) has been a powerful organ of change within the company in a number of ways, as well as a route for communication for the large number of employees at Aardman.

We divided the company into 10 constituencies, each with about 30 people in them. Some were single departments but most covered two or three departments with similar concerns. For example most of the “back office” (accounts, business affairs, HR) were in one constituency, and model-makers and set dressers were in another. These constituencies also include the freelance on longer-term contracts at the time.

Whilst they have no formal veto, there is a Representative director on the executive board where the PRG certainly has positive influence. Various action groups have been instigated by the PRG on topics such as the Gender Pay Gap, Diversity, and Dignity at Work.

What impact has employee ownership made to Aardman as you plan for Brexit and US trade deals companies, and dealt with the impact of Covid-19?

This is really a question for Sean Clarke and others on the board, but from what I hear, the employee ownership structure certainly helped bring rapid solutions to operating within Covid-19 protocols. It’s difficult to know how employee ownership has helped US and Brexit deals, as we don’t quite know how those deals are going to look, but certainly the company has had people sitting on industry bodies looking into those matters.

Knowing what you know now, what advice would you give to others who are thinking about becoming employee owned?

Don’t rush into it. Take your time to do your homework to get the right fit for your company. Find an expert consultant and lawyer who specialises in employee ownership, and set up a small team to manage the transition.

Once we decided to go down that route at Aardman, we gave ourselves a year to get everything into place, which was about right. There’s a lot to put in place with the employees, too, like the representative groups, and with everyone working at full steam, time needs to be put aside to get everything in place.

Prepare for surprises. Whilst you can create a good 'shopping list' of what needs to happen, there will be things which you couldn’t anticipate, so allow some extra time to sort through them. But go for it – it works!

Next in the Q&A series we will hear from award winning digital transformation company, Answer Digital.

Are you interested in exploring employee ownership for your business?

Join the Employee Ownership Accelerator this autumn to explore employee ownership models and look at how to determine what will work for your business, and also consider the legal, financial and tax implications. 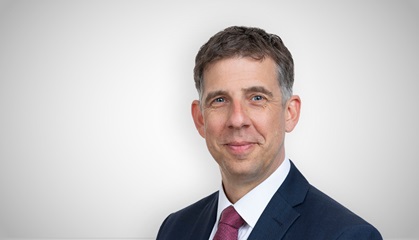