This is the latest report on this topic following:

The Report sets out the following key recommendations

The Report is broken into three sections: the SME finance market; misconduct & regulation; and redress.

The Report stresses the significance of the SME's, which account for 60% of all private sector employment, to the UK economy.  Financing these businesses and providing them with the opportunity for expansion is important to "boosting the country's economic performance".

However there has been a decline in SMEs obtaining finance resulting from several key factors including:

Against that background, the Report notes the need for information to be readily accessible to allow businesses to consider existing financing options. It recommends the British Business Bank and / or the Small Business Commissioner as organisations ideally placed to provide that assistance.

The Report also identifies concerns with competition within the market, noting that challenger banks have struggled to break the monopoly of the major players. The TC considers that the impact of initiatives such as Open Banking and the Alternative Remedies Package has been subdued.  It urges the Competition and Markets Authority and Treasury to set clear and challenging milestones for the industry to the develop Open Banking services alongside a comprehensive strategy for combatting the public's apparent concern about those initiatives.

Misconduct and regulation in SME banking

The Report sets out the TC's view that commercial lending should be brought within the regulated perimeter.  It notes that SME's are often no more financially sophisticated than personal customers, yet they engage with more complex financial products, often without access to appropriate advice and less regulatory protection.  That lack of regulatory protection for SMEs is not, in the TC's view reasonable, especially given the often very personal effect of any misconduct.

While the Report acknowledges the FCA's intention to drive standards through industry codes of conduct, they do not consider them to be adequate not least because firms cannot be compelled to sign up for such codes and there would be an inevitable delay to see if the creation of a code was successful in achieving its aim.

The Report acknowledges the proposals by the FCA to expand the FOS's jurisdiction as set out in PS18/21 are a step in the right direction. However the TC is not convinced that the FOS will be in a position to deal effectively with an increased workload within the timescales it envisages or whether it will have built up the necessary capabilities to deal with more complex and higher value matters.

The TC considers that even if the FOS's jurisdiction is expanded to small businesses with an annual turnover of £6.5m or £10m or maximum compensation levels are increased to £350,000 or £600,000, there will still be "a gap in the market for dispute resolution". It believes that the FOS will still lack the capability to deal with the largest and most complex of cases. The TC also acknowledges the need, in more complex cases for evidence, either written or oral (including possible cross-examination) and notes the FOS does not have the power to compel such evidence.

The TC therefore recommends that a Financial Services Tribunal is created alongside side an amendment to s138D of FSMA 2000 to enhance the rights of SMEs.  The TC considers that Tribunal will increase SME's confidence to engage with their financial service providers.

The TC acknowledges voluntary redress schemes have been established by certain banks to investigate the mistreatment of customers and provide compensation where necessary. However, it notes that the FCAs powers to compel such schemes are limited under the current regulatory framework. The Report therefore recommends further amendments to FSMA to provide the FCA with powers to establish industry-wide redress schemes for incorporated businesses that have been affected by a breach of regulatory requirements.

The Report follows earlier recommendations from both the FCA and the All Party Parliamentary Group on Fair Business Banking that a financial services tribunal system be established to deal with larger, more complex cases alongside an expansion of the FOS's jurisdiction.

That is in sharp contrast to the recent Walker Report which rejected the idea of a tribunal system because it would take a long time to set up and be expensive to run.  The Walker Report also expressed concerns that the tribunal system may not actually provide the redress SMEs are seeking because it would involve costly legal representation and be limited to a strictly legal assessment of individual cases, in contrast to the FOS's "fair and reasonable" assessment.  The TC acknowledges these arguments but considers that the changes to the regulatory regime would shift the legal merits in cases in SME's favour.  Read our previous insight on the Walker report.

These competing views highlight the issues with both paths currently being considered.  On the one hand, a number of respondents to the FCA's consultation paper on the possible extension of the FOSs jurisdiction, shared the TC's concerns, raising doubts about the FOS's ability to handle more complex SME complaints.  On the other hand, a tribunal system would be more complicated for the parties involved with lawyers inevitably involved and even if there are limits on costs recovery, it would not reduce the immediate financial burden on SME's in order to bring their case.  As a result the future remains unclear with further debate ahead.

TLT have market leading experience in the arena of SME disputes and complaints, from advising firms on ad-hoc complaints issues through to working closely with firms to manage high profile remediation projects. Should you wish to discuss any aspect of the Report or wider SME banking disputes more generally, please contact Paul Gair, Partner, Patrick Shee, Associate, or Jack Hargreaves, Solicitor in TLT's Financial Services Disputes and Investigations team. 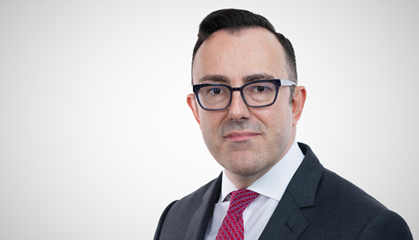