The South West is home to many innovative and diverse businesses and, despite uncertain times, the region's tech scene continues to grow. Bristol in particular has become an active hub for fast-growth tech-based businesses wishing to scale rapidly and disrupt existing markets.

The region hosts more than 10,000 technology companies, and benefits from an internationally recognised and mature tech ecosystem – one that is proving itself as the fastest growing part of the region's economy, with the digital tech sector yielding a reported £7.9bn turnover in 2017.

Tech growth is being driven by emerging clusters in AI, robotics, fintech, VR, healthtech and creative tech projects, which are springing out of the city's many incubators and university research projects, such as The Bristol Robotics Lab; a collaborative partnership between the city's two universities, UWE and University of Bristol, and the UK's leading academic centre for robotics research.

AI and automation have been identified as the top two trends for 2019 in The Annual Tech South West survey, with AI clinging on to the top spot from 2018. The region is producing a lot of new and exciting tech companies in these sectors, such as Open Bionics - a pioneer of low cost prosthetics using artificial intelligence, automation and robotics technology – and Inductosense - a Bristol start-up that recently achieved exclusive distribution rights for their product in the US.

The maturity of the region is further demonstrated by increasing sector specialisation, for example the growth of Fintech West, which brings together members of the Fintech community; Unit DX, offering flexible, high-spec lab space in a city centre; the Quantum Technology Enterprise Centre, a world-leading incubator for innovators for quantum inspired technologies; along with many others providing specific support in addition to Bristol stalwarts Engine Shed and SETsquared.

Indeed, a recent benchmark study by UBI Global ranked SETsquared as the world’s leading business incubator. The enterprise partnership between the universities of Bath, Bristol, Exeter, Southampton and Surrey has helped over 3,500 entrepreneurs raise more than £1.8 billion of investment.

Bristol punches well above its weight in digital tech turnover, currently estimated at around £2.44bn, and the region is still attracting solid investment. In the last nine months, Bristol-based companies Graphcore and Ovo Energy secured £158m and £200m respectively to up-scale their existing operations, each gaining 'unicorn' status from the investment.  The sale of University of Bristol spin-out company Ziylo in 2018, in a deal worth over £600m, is yet another indicator of the potential growth opportunities in the region.

Tech companies wishing to scale up have access to a wide variety of growth capital sources in the South West. In addition to traditional angel groups such as Bristol Private Equity Club, Enterprise Investment Scheme funds such as Blackfinch Ventures are very active. Equally, Venture Capital Trusts (VCs) are increasingly prevalent at the “Series A” financing level that was historically the preserve of traditional VCs. The VC market itself has also expanded with significant support from the British Business Bank’s Enterprise Capital programme, increasing the variety of funds operating in the market, particularly with a sector specialism.

The UK is also following the US in developing an active venture debt market, enabling those businesses with significant market traction to take on additional finance to fuel their growth. This product is being used by a number of the scale-ups in the region at present. It therefore seems that, despite ongoing uncertainty around Brexit, there's a continued appetite from investors to fund high growth companies across the UK and Bristol is sure to benefit from that hunger.

Bristol is often talked about as a top destination for tech talent and offers a strong alternative to the fast pace and expensive living found in central London. The tech-friendly universities provide valuable employee sources while bigger businesses, such as telecoms giants EE and Vodafone and tech talent hubs including Lloyds Banking Group, are also based in the city.

Bristol has become a vibrant technical hub, not too far from London, but far enough to have its own distinct identity and networks. The current market conditions in the South West are good and there's undoubtedly a large network on hand to support growth, which is key to bringing the tech community together and ensuring policymakers and investors are fully aware of the potential of this growing tech city.

This article was first published by Information Age 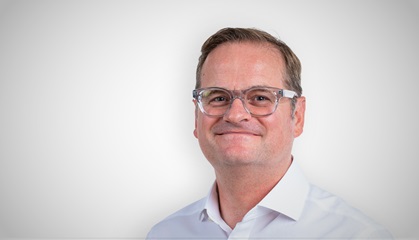 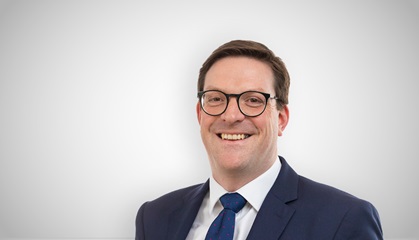