Law firm TLT, a leading advisor to the global future energy sector, maps out the challenges and opportunities on the road to net zero housing in Northern Ireland.

When it landed on the market last year, the first phase of an eco-friendly residential property development in north Belfast was gone in sixty seconds. The homes at Thorburn Gate (off the Antrim Road), which are currently under construction with solar panels, solar battery storage systems and electric vehicle (EV) charge points, were sold within a minute of their release on the market by a Belfast-based property developer. Mayfair Group, a client of law firm TLT and a leading adviser to the global future energy sector, plans to build 500 sustainable homes across the UK and Ireland over the next few years.

Kevin Murphy, a partner at TLT’s Northern Ireland office, recognises the “shifting tide of public opinion” around the movement toward net zero carbon emissions in the real estate sector. Sustainability is embedded into TLT’s work; it’s also a core value for the firm.

In pioneering the journey to net zero, TLT enables its clients to painlessly transition toward a sustainable future. Braidwater Group, one such client in the house building market, commissioned an independent group to calculate their emissions and “in order to identify their carbon footprint and the areas where the need to reduce the amount of carbon they contribute when building houses”, according to Murphy. This process revealed that Braidwater has a 36 per cent lower emissions than traditional house builders.

The future of green buildings in Northern Ireland is a patchwork quilt of possibilities. Northern Ireland’s energy strategy will play a significant role in shaping Environmental, Social, and Governance (ESG). It provides an essential conduit for implementing sustainability strategies across all facets of the property sector.

Last December, the Executive agreed upon The Path to Net Zero Energy, a plan that pledges to deliver 25 per cent energy savings from buildings by 2030 and ensure that all new buildings are net zero ready by 2027. In order to establish these objectives, the policy-makers called for Minimum Energy Efficiency Standards (MEES) in the domestic private rented sector, and the launch of a domestic energy efficiency scheme. As the sector waits for legislation to be introduced around these policies, it’s easy to wonder whether these directives are enough?

“We are behind in Northern Ireland in that [an energy strategy] hasn’t been implemented into law yet, unlike England and Wales,” says Judith Hewitson, partner at TLT. “Some steps have been taken. We have seen a few pieces of legislation, such as new building regulation technical guidance, which was published in March 2022. But outside that, the legislation is not there yet.”

“Legislative efforts to move the clean energy sector forwards have been made. For example in 2022 we saw Northern Ireland introduce its first Climate Change Act which committed Northern Ireland to net zero by 2050.”

The Green Party and DUP have made legislative efforts, but their respective bills, which passed through the assembly, are targeted at different audiences. While the Greens focused on achieving net zero as soon as possible, the DUP made concessions for NI’s agricultural sector. “On one hand, it’s good to see. At long last, climate change legislation is moving forwards. In 2022 we saw the introduction of the first Climate Change Act, which committed Northern Ireland to net zero by 2050. The Act, which sets out a series of ambitious targets will bring challenges and opportunities for the real estate sector.”

TLT - which has offices in London, Manchester, Glasgow, Edinburgh, and Bristol, as well as Belfast – has the ability to benchmark practices elsewhere in the UK and Europe against those in Northern Ireland, thus predicting future trends in residential real estate. EV charging points, for example, are an inevitable addition in new and retro-fitted homes.

Northern Ireland according to Hewitson, is “significantly behind England and Wales” and will need to catch-up if it is to hit the 2050 net zero target as set out in the Climate Change Act. But TLT, with its long history in the future energy sector, has a head start.

The firm leads by example. Its commitment to achieving net zero greenhouse gas emissions by 2040 has been verified by Science Based Targets initiative (SBTi), a partnership between climate and science organisations. “The firm has high goals for sustainability,” says Murphy, citing their new net zero office building in Glasgow.

TLT recently won a competitive brief to support The Chancery Lane Project (TCLP), a global network of 2,600 lawyers across 113 countries, which is dedicated to the fight against climate change. A multidisciplinary team of lawyers from the firm are currently conducting a review of planning, construction, commercial and residential development, and other property disciplines, in order to create an “interactive contract map” that will make it easier to draft net zero contracts. This map will help practitioners within real estate, such as developers and surveyors, assess opportunities, address decarbonisation, and achieve sustainability goals.

Despite the Executive’s current political impasse, there are green incentives within the Northern Irish housing development. Kevin Murphy describes the growing trend of Section 76 planning agreements, in which councils demand increased environmental and social contributions from developers. “We’ve seen developers being asked to liaise with Translink, who provide all of our public transport in Northern Ireland, to create bus routes,” says Murphy.

In England, green mortgage products are coming to market. “Northern Ireland is slightly behind, but there is an opportunity to be market leading around the benefit of having a green mortgage and an energy efficient house in order to get a lower interest rate,” continues Murphy. “If there was a larger more obvious financial benefit to a home-owner who is actively making their home more energy efficient, it might make these properties more attractive.”

Northern Ireland Housing Executive, which owns around 85,000 homes in Northern Ireland, will inevitably play a big role in the move to a net zero housing market. But whether the focus is on public retrofitting or private new builds, one question remains: Who will carry the cost?

Judith Hewitson believes a green housing market is not on the present agenda in NI, in the same way it is in England or Wales. “We [at TLT] have seen those [energy efficiency] processes tried and tested in England and Wales. The uncertainty needs to be eradicated quickly by policy and legislation in Northern Ireland,” she says. “We need policy, legislation, public and private funding. There needs to be clear energy strategy enshrined in law. Until that happens, and until there are clear incentives, we might make some progress, but we won’t make it at the rate we need to.”

Developers must also catch up with standards set elsewhere in the UK, in order to avoid being left behind, says Hewitson. “What you may find, and what we are seeing in England and Wales, is it will be harder to get capital as a developer if you don’t have the right ESG credentials. Look at where banks and investors are willing to put their money. Their loans and investments are increasingly becoming about green buildings and green developers.”

TLT’s sustainability credentials, which are ingrained across the firm, allow them to surf the waves that are transforming the property market into a net zero future.

This article was first published by Belfast Telegraph. 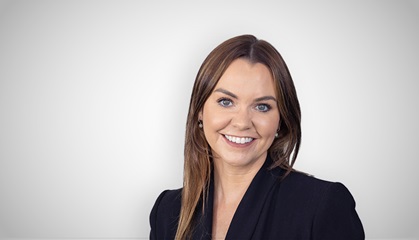 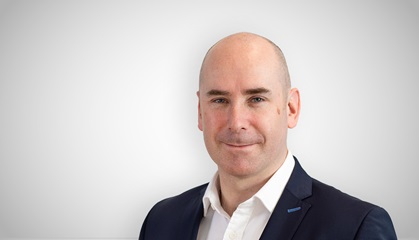