Last week the High Court handed down its much-anticipated judgment in relation to the Sky v SkyKick case, ruling that a number of the media giant’s trade marks are partially invalid on the grounds of bad faith.

Filing to secure trade mark protection over a broad range of goods and services is quite common among large brand owners, even if those goods and services are not within the core business focus. One such brand owner, Sky, the well-known media and telecommunications giant, owns a portfolio of trade marks providing protection across a wide variety of goods and services.  For example, its trade marks protect some very broad terms, such as “computer software”. This will cover every form of computer software in relation to the provision of any services, whether that’s gaming, music, accounting, video or any other form of software. Sky also has protection in relation to goods such as “bleaching preparations” and “whips”.

This case relates to a dispute with SkyKick, which provides various cloud-based services to SMEs that are ‘Microsoft Partners’. The services include email migration software and SaaS solutions, allowing for the wholesale backup of Microsoft Office 365 data, amongst other things.


The initial proceedings in the High Court

The original hearing in this series of cases was heard by the High Court in January 2018. Sky claimed against SkyKick for infringement of various trade marks owned by Sky. SkyKick denied infringement, and counter-claimed that Sky’s trade marks should be declared wholly or partly invalid on the grounds that they were applied for in bad faith. SkyKick contended that Sky had no intention of using the marks for all the goods and services for which they were registered and instead suggested that the purpose of the wide specification was to prevent others from registering and using similar marks in these classes.

Mr Justice Arnold (as he was then) referred a number of questions to the CJEU to establish, in particular:

Response from the CJEU

The CJEU responded as follows:

Back to the High Court

He went on to say that:

“Sky made the applications pursuant to a deliberate strategy of seeking very broad protection of the trade marks regardless of whether it was commercially justified”  and that Sky had therefore “applied for the trade marks with the intention of obtaining an exclusive right for purposes other than those falling within the functions of a trade mark, namely purely as a legal weapon against third parties, whether in threats of infringement claims or actual infringement claims or oppositions to third party applications for registration.”

Having found that using a trade mark as a legal weapon did not fall within the functions of a trade mark, Lord Justice Arnold set about reducing the scope of Sky’s specifications.

With regard to his approach, Lord Justice Arnold allowed the specification to cover the goods and services currently provided by Sky, as well as goods and services that may form part of its business going forward. He acknowledged that it remains legitimate for a proprietor to obtain a “modest penumbra” of protection in relation to areas that it may, one day, expand into.

As a result, this has meant for Sky that “computer software” was narrowed in scope quite dramatically.  As an example, it has reduced to: “computer software supplied as part of or in connection with any telecommunications apparatus or service”.

Despite the blow to Sky’s specification, the partial invalidity of Sky’s mark did not impact the finding of infringement, and SkyKick was found to have infringed due to its email migration service being identical to the “electronic mail services” cited in Sky’s specification.

Sky is not the only company that owns a trade mark portfolio covering goods and services outside the scope of its commercial activities. The CJEU judgement allowed such companies to breathe a sigh of relief, as the status quo was ultimately maintained: there is a high threshold to a finding of bad faith. However, Lord Justice Arnold’s application of the CJEU’s interpretation indicates that the threshold isn’t so high that it can’t be reached.

Is this the end of the Sky saga? Quite possibly not, and it would not be a surprise to many if the High Court’s judgement was appealed. Watch this space …

If the judgement is not appealed then trade mark applicants should be realistic about which part of their applications fall within the legitimate functions of a trade mark, or whether certain goods and services are included for use as a “legal weapon”. The court was quick to acknowledge the legitimacy of registering a trade mark in relation to goods and services that fall outside the scope of the applicant’s business, on the basis that it could extend its business to these areas in the future. This means that companies are unlikely to dramatically alter their current approach to drafting trade mark specifications, if at all, because there are no punitive consequences for overstepping the mark. But let’s see what happens in relation to any appeal first.

For more information on trade marks, get in touch with our team.

This publication is intended for general guidance and represents our understanding of the relevant law and practice as at May 2020. Specific advice should be sought for specific cases. For more information see our terms & conditions. 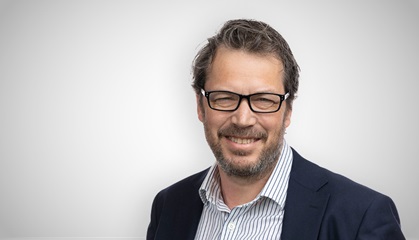 The Law Society’s Blockchain Guidance: what do you need to know?