Breach of fiduciary duties under an agency agreement - appropriate remedy

Breach of fiduciary duties under an agency agreement - appropriate remedy

The High Court has confirmed that an account of profits cannot be relied upon by principals as a mechanism to recover remuneration from a commercial agent which has breached its fiduciary duties under an agency agreement in circumstances where it did not receive unauthorised benefits e.g. through bribery.

Rather, the appropriate remedy is forfeiture of the agent's remuneration.

In this update we discuss the implications of the recent High Court judgment which considered whether, in agency agreements, principals are entitled to claim an account of profit from their errant agents, when the latter has breached its fiduciary duties but not received or paid bribes in relation to the underlying contract with the principal.

The appeal was brought by the claimant agent against an arbitration award which permitted the principal to obtain the remedy of an account of profits from the agent. Although that was overturned, it was confirmed that in the event of serious breach of the agent's duties, a wronged principal is entitled to recover remuneration from its agent by way of forfeiture of the agent's contractual remuneration. As such, the overall effect of the initial arbitration award remains unchanged.

Incorporated in Brazil, the agent was a special purpose vehicle controlled by an individual who had worked in the oil and gas industry for many years and who was often appointed to act as an agent for organisations seeking to trade in the country. In 2011, the defendants wanted the drillship contracts for two oil rigs in Brazil so they instructed the owner of the agency to assist with the tender.

Contracts were awarded to the defendant in May 2011 and the defendant began providing services pursuant to the agreements in early 2012. Initially the drilling contracts were for three years but they were subsequently extended to 2018.

Meanwhile, in October 2011 the defendants as principal entered into a new agency arrangement with the agent company, relating to two charter contracts and two services agreements awarded to the defendant. The agent, in exchange for agency and fiduciary duties, was entitled to a percentage of the day rate received by the principal which would continue after termination of the agency contracts. The owner of the agent continued to work for the defendant's competitors during this time and the defendant accepted this arrangement.

'Operation Car Wash' was a major investigation into corruption in Brazil which saw the customer being scrutinised and one of its executives arrested. The defendant became concerned about the reputational damage of being involved with the agent. However, despite repeated dialogues between the principal and agent, the agent intentionally and continually lied about its owner's direct, corrupt involvement with the customer.

Eventually, following the renegotiation of rates relating to the oil rigs which was undertaken by the agent, in July 2015 the owner confessed to at least one corrupt act. The agent continued, however, to lie to the defendant which included stating that no other clients had terminated their respective agency arrangements.

By September the customer, who was becoming increasingly concerned about the defendant's relationship with the agent, ordered an audit of payments made to the agent to be investigated.  As a result, and with its own concerns, the defendant terminated its agency agreement with the agent.

In early 2016 the owner was found guilty of bribery and money laundering and he was sentenced to a lengthy prison term commuted into a fine of USD 22.1m and community service.

Despite there being no evidence that the owner's corrupt conduct related to the agency agreement (or drilling contracts) in question, the majority of the Tribunal found his "conduct was a repudiatory breach" on the part of the agent which "destroyed the relationship of trust and confidence", ultimately entitling the defendant to terminate the agency contract. They awarded an account of profits of the purported net gain made by the agent in breach of its fiduciary duties, the 'profit' being the commission to which it was contractually entitled.

On 6 July 2018 the appeal was granted. In the judgement, it was noted that the cases relied on by the majority in the Tribunal concern the remedy of forfeiture of remuneration and/or bribes/secret commission, which was not the issue in this dispute.

The defendant was seeking to recover the remuneration to which the agent was contractually entitled and as such the Tribunal should not have awarded an account of profits, as that remedy is available only where the agent receives or obtains an illegal benefit or profit which was not the situation in this case because the agent didn’t pay or receive a bribe and the only remuneration or benefit received in relation to the agency agreement was its contractual remuneration.

However, it was confirmed that "this is exactly the kind of case where forfeiture of remuneration is appropriate" given that the agent, despite providing valuable services to the defendant, did commit serious breaches of its fiduciary duties. Therefore, the agent's remuneration was forfeited, and the result of the Tribunal was upheld, despite being for a different reason. 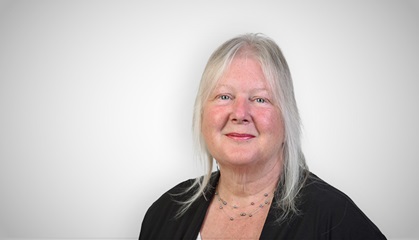 The Franchise Act in the Netherlands - how will it affect you?