While the UK’s self-imposed 15 October 2020 deadline for reaching agreement on the EU/UK future partnership has proved to be a moveable feast, clearly time is running very short for reaching a deal.

What are the EU social security coordination rules?

These rules are in place to make sure expatriate employees within the EU and EEA only pay contributions to benefit schemes once. They are designed to protect an individual’s social security rights, to enable free movement of workers – one of the four fundamental freedoms of movement with the EU.

However, if the employee is a national of an EU member state, an EEA member state or Switzerland (member state), the EU Social Security Regulations (EUSS rules) apply having been automatically incorporated into UK law.

The EUSS rules ensure that:

Special arrangements. Employers can make an application to pay contributions in the employee’s home state where it is in the employee’s best interests to do so. UK employers apply to HMRC and, if granted, will be issued an A1 certificate of coverage. Certificates of coverage bind all member states until their expiration or withdrawal.

Application of EU social security rules to UK during transition

The UK has agreed a transition period with the EU. That means the UK is treated for most purposes (including the EUSS rules) as if it were still an EU member state until 31 December 2020 when the transition period ends.

If the UK and EU fail to reach an agreement on their future relationship, Part 2 of the Withdrawal Agreement will take effect at the end of the transition period.

Under Part 2, the EUSS rules continue to apply to individuals (including their family members) who, at the end of the transition period, fall within one of these categories:

(i) EU citizens employed in the UK and who, based on the EUSS rules, are subject to the laws of an EU member state

(ii) UK nationals employed in one or more EU member states and who, based on the EUSS rules, are subject to UK law

The EUSS rules also apply to some stateless individuals, refugees and nationals of third countries in certain conditions.

The UK government has made similar agreements with Iceland, Liechtenstein, Norway and Switzerland. It has also made a separate agreement with Ireland.

What happens to individuals not protected by the Withdrawal Agreement?

At the end of the transition period, all direct EU legislation will likely form part of UK law (this is commonly referred to as “retained EU law”).

In 2019, social security regulations were made (but not brought into force) to amend the retained EUSS rules if there was no withdrawal agreement and no agreement on the future relationship. Given the terms of the Withdrawal Agreement, it is not clear whether the 2019 legislation will be amended if brought into force. However, the government has stated its intention to replicate the EUSS rules in UK domestic legislation so far as practical, and it is to be hoped that any amendments are minimal.

More extensive changes could, however, be made to the retained EUSS rules under powers set out in the Immigration and Social Security Co-ordination (EU Withdrawal) Bill. Additionally, the UK government could negotiate a separate social security agreement with the EU.

While the UK’s approach (replicating the EUSS rules so far as possible) is helpful, it is unilateral. This means that, unlike the reciprocal position under the Withdrawal Agreement, there is no guarantee that EU member states will accept the UK’s position. This could lead to double social security contributions for both employees and employers.

Could the UK resurrect bilateral agreements?

The UK historically negotiated a series of bilateral social security agreements with various EU member states, which were replaced by the EUSS rules. However, the UK and the EU have said that the legal status of the agreements is unclear. The agreements would also be so outdated that they are unlikely to be unworkable.

Not too late for EU/UK social security coordination agreement

It is, of course, possible that an EU/UK future agreement could be reached in the next few weeks or, if not, the EU and UK could agree a separate agreement on social security coordination. The UK and the EU have published their draft negotiating texts for social security coordination, and these are broadly consistent with the principles of the EUSS rules. This gives some comfort that any agreement would be consistent with current rules.

We will be keeping a close eye on developments in social security rules as discussions around a possible agreement continue. To speak to a legal expert, contact our team. 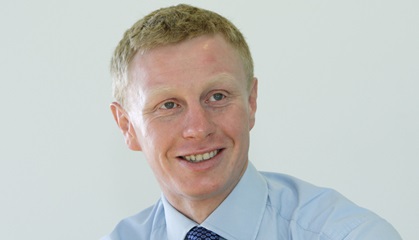