The government has now launched its consultation on establishing free ports across the UK. Responses are invited by 20 April 2020. Free ports can provide economic stimulation but are they compatible with European and World Trade Organization rules on subsidies to business?

Free ports have been defined in the consultation document as secure customs zones at ports where different customs rules apply. Business would be carried out inside the UK border, but with different rules such as reduced administration, relief from duties and import taxes as well as tax incentives.

Usually goods brought into a free port will not attract duties until they leave the free port and enter the domestic market. No duty is payable if they are re-exported.

What state aid and World Trade Organization subsidies rules does the UK have to follow?

A company, industry or region that gets government support gains an advantage over its competitors. So to ensure fair competition, the EU has rules in place to control the types of assistance public authorities can provide to entities engaging in economic activity.

State aid is an advantage given by a public authority, conferred on a selective basis, to entities carrying out economic activity. The requirements for state aid are set out in the Treaty of the Functioning of the European Union. Where these are met, state aid is generally prohibited unless specific exemptions apply.

The UK left the EU on 31 January 2020 and there is now a transition period until the end of 2020. During the transition, the UK will continue to be bound by EU rules, so EU state aid rules still apply.

Whether these rules apply after 31 December 2020 will depend on the terms of the trade deal reached between the UK and the EU. The EU has emphasised that in order to reach a free trade agreement, it would require a level playing field. State aid is likely to be an area where the EU would expect dynamic alignment to ensure that its own industries are not adversely impacted by generous subsidies to UK business.

Where EU rules on state aid no longer apply, it should be noted that World Trade Organization (WTO) rules on subsidies will still stand. Under the WTO framework, state subsidies are governed by the Agreement on Subsidies and Countervailing Measures (the SCM Agreement). The SCM Agreement intends to discipline the use of subsidies. It also regulates the actions countries can take to counter the adverse effects of state subsidies given out by trading partners.

Although the definition of subsidy under WTO rules is broadly similar to state aid under EU law, there are a number of differences between the two regimes. Arguably, the WTO rules provide less legal certainty.

Can free ports operate under current EU state aid rules if these continue to apply after 31 December 2020?

It is possible for free ports to operate while EU state aid rules apply. In fact, there are currently over 80 free ports or free zones across the EU. However they must comply with the EU’s rules on the internal market, which include state aid rules. In general, free port operations may raise state aid concerns as they offer a combination of tax and tariff incentives as well as potentially government funding towards supporting infrastructure. It could be argued that those carrying out economic activity in the free port receive a selective advantage over competitors in other areas.

Nevertheless, there are a number of detailed exemptions and solutions to state aid rules, which may be valid in certain circumstances. For example, the state can invest in open access public infrastructure where certain criteria are met.

Even without EU state aid rules in place, the UK will not have free reign to provide state subsidies to free ports because WTO rules will continue to apply.

Just as with EU rules on state aid, WTO rules do not contain any specific prohibition on free ports. Instead, the specific circumstances and incentives being offered must be scrutinised to make sure these do not fall foul of WTO rules, exposing the UK to a potential claim.

The WTO’s SCM Agreement makes a distinction between prohibited and actionable subsidies, which should be taken into consideration.

Prohibited subsidies are those which are contingent upon either export performance or the use of domestic over imported goods. They are often referred to as “red light” subsidies, because they cause the greatest adverse effect on other WTO members. Examples would be setting subsidy requirements to use domestic over imported goods or to export a certain amount of produced goods. The UK can therefore lower the risk of a successful action being brought by ensuring that incentives provided at free ports do not fall under the definition of a prohibited subsidy, which would be a clear breach of WTO rules.

Actionable subsidies are allowed but may still adversely affect the interests of other WTO members. Where these subsidies don’t cause adverse effects, or their adverse effects are dealt with, they can’t be challenged successfully, either through multilateral dispute settlement or countervailing measures.

The way in which free ports are established and the incentives offered to businesses will determine whether subsidies are deemed prohibited or actionable. Of course, the UK can look to provide incentives in such a way that they are not deemed prohibited or actionable, by ensuring conformity with the requirements of the SCM Agreement. This can be done, for example, by being cognisant of certain nuances in the agreement around the definition of what constitutes a subsidy.

The UK Government is not prohibited from establishing free ports by either regime, provided the ports are compliant with the requirements of both sets of rules.

Where EU state aid rules no longer apply, the UK could arguably have greater flexibility and freedom for its free ports agenda. However, the benefits of scrapping these rules will need to be balanced with the need to agree a future EU trade deal. The EU has emphasised that the UK will need to maintain a level playing field in relation to state aid in order to come to a free trade agreement.

This publication is intended for general guidance and represents our understanding of the relevant law and practice as at February 2020. Specific advice should be sought for specific cases. For more information see our terms & conditions. 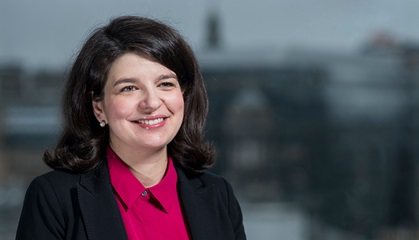 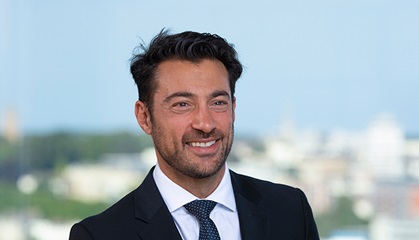