People who live in the UK and have a second home in France have faced increasing difficulties since Brexit.

Most notably, unless they are willing to become French residents (and accept French taxation) they generally need a visa to stay in their French home. A recently introduced French Succession Regulation has also threatened UK nationals’ ability to leave a French property to whomever they wish in their Will. This article explores the impacts of that legislation and what it means for UK nationals with a property in France.

Changes to the French Civil Code

The French Civil Code has recently been amended to introduce the right of a compensatory levy on property in France, which will help children who would not otherwise have benefitted from a reserved share of an inheritance.

Despite being rejected by the Senate three times earlier this year, the law was eventually adopted by the National Assembly on 23 July 2021 and will come into force on 1 November 2021. It will apply to all estates meeting the application criteria where the deceased passed away on or after that date.

‘When the deceased or at least one of his children is, at the time of death, a national of a Member State of the European Union or habitually resides there and when the foreign law applicable to the succession does not allow any reservation mechanism to protect the children, each child or his or her heirs or successors in title may make a compensatory levy on the existing assets located in France on the day of death, so as to be re-established in the reserved rights granted to them by French law, within the limit of those rights.’

The new provisions mean that children can ask to receive compensation from French assets for their forced heirship rights. It applies when the estate is subject to laws without a system of forced heirship, and where either the deceased or one of his or her children is a national or habitual resident of an EU Member State.

Interestingly, as the UK is no longer an EU Member State following Brexit, the new provisions do not extend to cases where a British national owns property in France but he or she and their heirs are not a resident of an EU Member State. Having said that, the changes could still be far-reaching. There will be many cases when they do apply and where reliance on the European Succession Regulation (Brussels IV) will no longer offer the current protection it provides against forced heirship.

What are the forced heirship rules in France?

Taking a step back for a moment, let’s take a brief look at the French forced heirship rules.

Unlike the UK, there is no testamentary freedom in France. Forced heirship rules apply to a person's worldwide estate if they were domiciled in France when they passed away. However, it only applies to their French immovable property (i.e. land and buildings) if they died when domiciled outside of France.

A degree of flexibility was introduced in 2007, when adult forced heirs could waive all or part of their entitlement. However, from 2012, cross-border estate planning concerning French assets became much simpler following the introduction of the European Succession Regulation (Brussels IV).

What is the European Succession Regulation (Brussels IV)?

The European Succession Regulation (Brussels IV), commonly referred to as Brussels IV, was introduced to give people more freedom on the succession planning of their French assets.

Under Brussels IV, a person has a ‘choice of law’ in their Will so that the law of their nationality can govern the succession of their worldwide estate. This means a British national can avoid the French forced heirship rules applying to their French assets. Instead, they can have the freedom to leave their entire estate to whomever they wish, whether that be their surviving spouse or charities, for example.

Since coming into force, many individuals continue to rely on Brussels IV. Adopting a ‘choice of law’ clause in Wills has become a popular and relatively simple solution to succession planning for those owning French property.

What are the practical implications of the new provisions?

While Brussels IV remains a valid mechanism for succession planning to side-step the French forced heirship rules, and will in some cases still be the recommended approach, the risk now is that some children will have the ability to seek the compensatory levy when it is introduced.

The new provisions appear to directly circumvent the purpose of Brussels IV. Not surprisingly, they have inspired much discussion among the international legal community on the validity of the provisions, the potential incompatibility with Brussels IV, and the future of succession planning where the new rules apply.

This is likely to remain a hot topic over the coming months, and the long-term impact of the new provisions remains to be seen. However, the reality is that the provisions are here to stay, at least for now.

Remember, the changes are limited as they do not affect individuals living in the UK who own French property if they and their family members are not resident of an EU Member State. For those living in France however, the potential issues arising from the new provisions will need to be carefully explored with clients, to ensure they are comfortable with succession planning arrangements that are in place for their family and future generations.

If you are concerned about the changes or think they might impact you, please don’t hesitate to get in touch with Rebecca Dorrington. 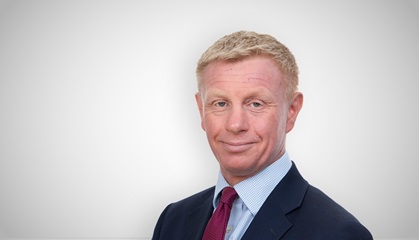