Additional conditions will be imposed on administrators seeking to dispose of a company’s business or assets to a party connected to the insolvent company within 8 weeks of their appointment, for administrations beginning on or after 25 June 2021.  Equivalent provisions have been in force in Great Britain since 30 April 2021.

Affected sales will be subject to either

(1) prior creditor approval or

(2) prior review by an independent evaluator.

The evaluator will report on whether or not the value obtained for the sale is sufficient and whether the proposed sale is reasonable in the circumstances.  The administrator may still proceed with the sale even where the evaluator deems that a case has not been made in support of it.

These measures are intended to address public concerns about pre-packs.  In this insight we summarise the new approval process and address some of the potential issues with the legislation.

Why are these controls needed?

The Administration (Restrictions on Disposal etc. to Connected Persons) Regulations (Northern Ireland) 2021 (the Regulations) seek to address the perception that sales to connected parties in the first few weeks of an administration are not always completed in the creditors’ best interests.  This has long been the criticism of pre-packs, although not one that is necessarily borne out in reality, as was concluded by the Graham Report published in 2014.

Which sales are affected?

“Pre-pack” has never been a term of art.  It usually refers to the sale of the business and assets of a company negotiated before it enters an insolvency process and completed immediately on appointment of (usually) administrators or (sometimes) liquidators.

The Regulations apply where, in relation to an administration that commences on or after 25 June 2021, there is:

What are the new conditions?

An administrator “must not” complete such a transaction without obtaining either:

Prior creditor approval is sought by including details of the sale in the administrator’s proposals and seeking approval of the proposals in the usual way.  However, given the immediacy of pre-packs, this route will not, we suggest, be practical for the majority of administrations.

The administrator can review a qualifying report commissioned by the proposed buyer and made by an “evaluator”.  The report can be commissioned prior to the administrator’s appointment and details the qualifications, knowledge, experience and insurance cover of the evaluator.  It also identifies:

It includes a statement as to whether or not the evaluator is satisfied that the consideration to be provided and the grounds for the disposal are reasonable in the circumstances (along with reasons).

A report cannot constitute a qualifying report if the property, terms or circumstances of the sale change materially by the date of completion.

The prospective buyer is not under a duty to disclose previous reports.  However, if the evaluator and/or administrator become aware that previous reports have been obtained, such details as they have will need to be set out in the qualifying report, which is provided to creditors.

The administrator must send a copy of the report to the registrar of companies and every creditor (other than opted out creditors) at the same time as they send their proposals.  The administrator can proceed with the sale even where the evaluator says that a case is not made in support of it, but they must issue a statement explaining why they chose to do so.

Who is the evaluator?

These vague requirements have been an ongoing source of concern which has not been addressed in the final Regulations.  Without clear guidance as to the qualifications of evaluators and without any professional accountability (other than an insurance policy) it is hard to see how this will give stakeholders any confidence that the process will achieve the desired result. In practice, without a professional body or central register, it seems likely that buyers will ask the administrator to suggest an evaluator.  This is particularly so because the administrator must be satisfied that the evaluator has the requisite knowledge and experience in order for the report to qualify.  Given that the entire reason for the Regulations is to address stakeholder concerns about the transparency of pre-packs, this is a potentially significant issue.

How will this all work in practice?

One of the advantages of the pre-pack is speed.  A sale can be achieved quickly and efficiently and the potential loss of business value that can be associated with formal insolvency is limited.  The new conditions will inevitably slow the process down unless smoothly integrated into transaction planning, which is not always possible until the contract has been finalised.  While the creditor approval process will undoubtedly achieve the aim of increasing transparency, it’s hard to see this approach being used on a regular basis.

It seems more likely that the qualifying report will become the approval process of choice.  However, it’s not clear what value this adds to the current situation other than as a possible deterrent.  As well as the concerns about the evaluator’s qualification to act, in practice an administrator will be able to proceed with a sale even where the report says a case has not been made supporting it and before any information is given to the creditors about the sale.  While the creditors will receive a copy of the report as well as the administrator’s reasons for proceeding, these will be circulated after the fact.

What value will the report have if the creditors cannot vote on it, and only receive it after the sale has completed?  While this may do little to address the concerns about transparency that the Regulations are intended to resolve, a sting in the tail may arise: in cases where creditors are unhappy with an administrator’s decision to complete a connected sale following an unsupportive qualifying report, getting approval of pre-appointment costs from those creditors may prove to be more difficult.  Practitioners are always advised to seek cover for fees which are incurred prior to their appointment but this will become particularly important in cases where there may be uncertainty as to whether a transaction will be approved.

Evaluators are also likely to requests copies of any valuations which are being relied on in support of a transaction’s consideration or structure.  Valuers will need to be made aware of this potential requirement and thought will need to be given as to whether valuations need to be referred to in the qualifying report and disclosed to creditors.

While the costs of any qualifying report must be paid by the buyer, for smaller transactions, there is likely to be a corresponding reduction in the purchase price paid.  Whether this turns out to be significant will depend upon how thorough these reports are, and by whom they are undertaken.

A new SIP16 for administrations starting in England and Wales, and Scotland on or after 30 April 2021 has been published, and can be found here.  We expect that our SIP16 as applies to NI will be similarly amended shortly.

Although the Government has proposed to work with stakeholders and issue guidance to assist potential evaluators in Great Britain by 30 April 2021, no such guidance has been published to date .  Any such guidance that is issued in England and Wales is likely to be replicated in Northern Ireland if it does not directly extend here

We will provide further updates as the Regulations are implemented.  If you would like to discuss any aspect of the issues raised in this article, please contact a member of our Restructuring & Insolvency team.

This publication is intended for general guidance and represents our understanding of the relevant law and practice as at May 2021. Specific advice should be sought for specific cases. For more information see our terms & conditions. 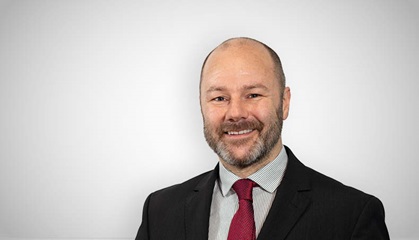 The future of sustainability-linked loans