The theme for this year is “Growing Together”, with children (and adults) being asked to consider how they have grown and how they can help others to grow.

The opportunity that change brings

Big familial changes, such as divorce, often carry an air of sadness as the deconstruction of an existing life is underway. However, such changes also carry an inevitable reconstruction of a new life, bringing opportunities for growth and resilience.

Whilst most parents worry about the mental health of their children, viewing the difficulty of a divorce or separation as an opportunity for growth may have lifelong positive consequences for both you and your child’s mental health. This growth could be in the form of establishing positive routines, boundaries and healthy coping mechanisms which can become a blueprint for dealing with challenges in the future.

With this in mind, we take a look at how parents and children can grow together in the face of these obstacles.

The impact of uncertainty and conflict

Divorce can bring insecurity about the future and uncertainty about the present. As such, these changes will inevitably affect the mental health of each family member in some way. In November 2020, Resolution (a national organisation of over 6000 members, primarily family practitioners, which promotes a constructive approach to family issues) revealed that 41% of those who had divorced within the last five years reported poor mental health. Similarly, in 2019 the Guardian stated that minors aged 7-14 showed a 16% rise in emotional problems at the time their parents’ split. From our experience these figures do not accurately represent the true emotional impact of a family separation. It is usual for the negative impact on mental wellbeing to be raised as a significant issue in the majority of separations.

It is often assumed that the mere fact of a familial change, such as divorce or separation, is the primary cause of a child’s worsening mental health. However, the Guardian in 2015 revealed that 82% of those aged 14-22 who have endured family break ups would have preferred their parents to be apart if unhappy. This would suggest that it is the manner in which families approach the separation as opposed to the change itself, that causes the most damage to a child’s mental health. Thankfully, there are things that can be done to both reduce this uncertainty and conflict and allow your child to grow.

It can become increasingly easy to feel anxious when your day-to-day life is disrupted by events outside of your control. However, it may be in your control to increase the level of certainty your children experience by establishing positive routines. For instance, if your children know in advance that they will be spending alternate weeks or weekends with their secondary caregiver, and this routine is respected by everyone, they are likely to feel more secure and certain in their new life as they know what to expect.

Similarly, it might be a good idea, where possible, for you and your former partner to create some certainty around boundaries i.e. what your children can and cannot do. For example, if your child is allowed one sweet treat after dinner at your house, establishing this same rule at their other parent’s house can create healthy and consistent boundaries. Whilst this is a simplistic example, the basic concept can be transferred to parenting issues that are more complex. This will reduce any confusion your child may have and let them know that whilst their parents may be divorced or separated, when it comes to parenting, they are on the same page.

Children are often placed in a position of loyalty conflict through one or both parents displaying disdain or negative views of the other, encouraging children to keep secrets from a parent, interfering or interrupting a child’s ability to communicate with a parent, erasing or replacing a parent in a child’s life or through generally undermining the other parent’s role and authority. These behaviours can all lead children to become overly dependant on one parent, distrust the other and often empowers a child to approach parental relationships and their future relationships with little appreciation of the impact of such negative manipulation.

Many children whose parents divorce or separate blame themselves and this is only enhanced when parents play ‘the blame game’, or even when they speak negatively about one another in front of their child. Research by Resolution in November 2020, revealed that 37% of the divorced acknowledged that one or other parent had tried to use their children as a bargaining chip. Children often begin to feel as though they must take a side or feel guilty when they agree with one parent over another. This can lead to worsening mental health and feelings of isolation or self-doubt. Choosing not to speak negatively about your former partner in front of your child, and instead speaking to your family and friends privately (or better still, seeking professional therapeutic support) to vent any frustration can be hugely helpful.

Whilst it may be tempting to avoid speaking to your former partner altogether, this too can have detrimental effects. If emotions are running high, limiting communication to polite and cordial discussions at handovers so that children see their parents communicating should be the very basic aim, keeping anything which may cause conflict to other forms of communication when children are not around. Showcasing to a child positive and cooperative parenting may not always be achievable, especially where there are concerns over domestic abuse or safety. But even in those situations, ensuring children are shielded from negative views of the other parent (however warranted those views may feel) should remain a priority.

Perhaps you are reading this and thinking, this information is useful but what can I do on a more practical level? In addition to the parenting plan mentioned above, there are many resources that parents often find helpful.

Where possible, it may be useful to set out a parenting plan. This could be a helpful tool to avoid conflict as it can encompass not only care plans but also, where possible, a common approach to boundaries in both homes. Where there are differing approaches, accept and embrace the fact that parents adopt different parenting styles. Where there is clarity, even if not agreement, there should be a reduction in conflict between the parents. Even agreeing simple principles, like which type of decisions both parents agree should be child-led (which film to watch, food to eat, friends to visit) can help a common approach to empowering a child and combating the anxiety naturally creating when they are in the midst of a disempowering situation like a separation.

For parents with children of all ages, Resolution has produced a Parenting Through Separation Guide. This contains really useful information on, among other things, how to communicate with your co-parent and your children, age specific guides on how your children are likely to react to separation and specific tips on how to help them deal with a divorce or separation at each age. Taking time to read around the physical impact of stress and the differing ways in which this can manifest itself in children of differing personalities traits and age groups can produce a lightbulb moment for many parents and allow a few quick adjustments in their approach.

For younger children in particular, explaining the concept of growing together may be difficult to do in a meaningful way. However, there are several pieces of children’s literature that provide fun and helpful coping mechanisms for younger children. For example, Rosie Greening has written a book called ‘The Very Hungry Worry Monsters’. This is an illustration book which teaches children to write down their worries and allow the worry monster to eat them, thereby teaching them to express their fears in a healthy way.

Finally, many parents find the use of Apps helpful in managing their lives and schedules as co-parents. For example, ‘Our Family Wizard’ creates a platform where parents can keep all schedules, emergency contacts and communications in one place. This allows shared custody challenges to be resolved faster. Another useful co-parenting App is ‘App Close’, which many parents opt for as it can be downloaded for free.

Any large change to a person’s family life is likely to take time to get used to. However, as we all know, adversity is an inevitable part of life. For the children, their family still exists, it is just being restructured into a new form. The speed with which a child can adjust to this restructuring will largely depend on their parent’s ability to avoid exposing them to conflict.

In dealing with divorce, separation or any family issue, growth of mindset and resilience can be demonstrated to children and in fact lead them to far healthier attitudes towards their own relationships in the future. It is an opportunity to demonstrate to children how to accept imperfections in others and to work through problems, rather than teaching them to criticise and blame others when things go wrong. The coping mechanisms used have the potential to last a lifetime, allowing parents and children to improve their mental health, grow together and maybe even grow closer.

This publication is intended for general guidance and represents our understanding of the relevant law and practice as at February 2022. Specific advice should be sought for specific cases. For more information see our terms & conditions. 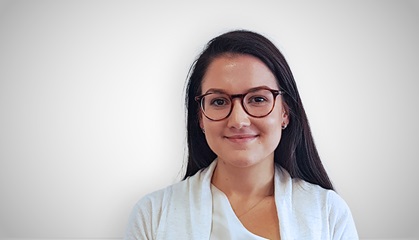 What are my rights as a separated parent during school holidays?