Expanding the jurisdiction of the FOS: FCA consultation on access for SMEs

Firms falling within the compulsory or voluntary jurisdictions of FOS will likely face an increase in the volume of complaints and may find their complexity increasing, if proposals contained in the Financial Conduct Authority's consultation paper (CP18/3) are carried through.

The proposals are to increase the potential users of the Financial Ombudsman Service (FOS) by including a wider set of small and medium sized enterprises (SMEs). Whilst SMEs are likely to welcome these proposals, there are potential problems on how the proposed changes will work in practice.

Background to the proposal

In November 2015, the FCA issued a discussion paper entitled 'Our approach to SMEs as users of financial services' (DP15/7) inviting views. The FCA recognised some SMEs do not have the means to resolve disputes with financial services firms and there are fewer routes to seek redress. In CP 18/3, the FCA proposes to change its rules to allow more SMEs to refer complaints to the FOS.

The FCA is asking for responses to CP 18/3 by 22 April 2018. It intends to publish its policy statement (including finalised rules) in the summer so the proposed changes would take effect on 1 December 2018. The changes will only apply to complaints made about actions or failures which happen on or after that date.

So which SMEs will be an eligible complainant?

The FOS is entitled to consider a complaint from an "eligible complainant" (see DISP 2.7). The definition currently covers four main categories of complainant:

There are also proposals to increase the income limit for eligible charities to £6.5m and the net asset value of eligible trusts to £5m to try and mirror the new small business definition.

How have the thresholds been set?

The FCA's approach to setting the thresholds for small businesses was a balancing exercise of trying to find those businesses who are likely to have a dispute with a financial service provider but do not have access to legal resources. However, the FCA was also mindful of trying to maintain the FOS's purpose in resolving issues with quick, informal redress.

Using data modelling, the FCA decided businesses with annual turnovers of less than £6.5m, an employment threshold of 50 employees and an annual balance sheet threshold of £5m represented the best balance between providing a greater set of businesses access to the FOS and keeping the nature of the service provided by the FOS in line with its intended characteristics.

SME complaints are increasingly in the media and political spotlight and the FCA's release of these proposals could be considered timely. The FCA believes these proposals will lead to more SMEs receiving appropriate redress when they have suffered harm because of a financial services firm's actions. If the proposals are implemented, firms will also have to change the way they handle complaints from newly-eligible SMEs and guarantors. This will take time and have an added cost to those firms. But it could ultimately bring down the number of cases which end up being litigated.

However, there is a wider concern with an increase in the scope of the FOS's activities. The FOS is required to decide a complaint based on what is fair and reasonable in all of the circumstances. It can have regard to the law but does not need to follow it. The problem with business disputes is there are often claims for consequential losses. Even if the total amount claimed is no more than £150,000, there will be a clear concern of the FOS continuing to make decisions in business disputes which are not in line with the law. The consequence may be sizeable redress pay outs which a Court may have declined to award. It is also difficult for financial services businesses to build policies and procedures, and accurately price products (which factor in the cost of compliance), when a complaint could be upheld by FOS which would be rejected by the Court.

Given the potential consequences of the changes, firms may also benefit from increased coordination and liaison between their complaints handling and legal/ligation functions in order to spot claims themes and ensure that the firm is taking a consistent and complimentary approach to both complaints and claims.

There are increasing signs (including the recent inclusion of certain MiFID II activities within the FOS's remit) the FCA is looking to increase access to the FOS. It remains to be seen whether the FCA is also able to protect the quick and informal redress process offered by the FOS, and whether the FOS can adapt to work within its extended jurisdiction.

This publication is intended for general guidance and represents our understanding of the relevant law and practice as at February 2018. Specific advice should be sought for specific cases. For more information see our terms & conditions.


For further advice and information, please do not hesitate to contact one of our team: 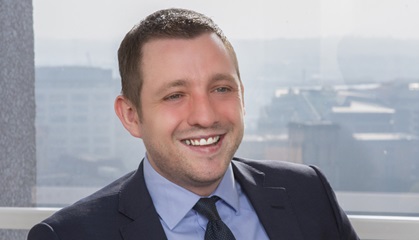