Financing electric vehicles: more of the same or some new issues?

There has been impressive growth in electric vehicles over the last few years. More consumers are demanding either electric or hybrid vehicles and manufacturers are responding by releasing more models.

The first approach is often used to finance non-electric vehicles (and consumers are familiar with such agreements). But the second approach factors in both the end of life value of batteries and manufacturers wishing to keep some control over the batteries. If the first approach is adopted by a lender, it is likely to be more straight-forward for customers, lenders and dealers.

Lenders financing non-electric vehicles will sometimes have to consider if they have lost title under Part III of the Hire Purchase Act 1964 (the HPA) where their customer sells the vehicle without the lender's consent. This is often called the 'innocent purchaser' exception (but the devil is, like always, in the detail).

However, the goods financed by the hire purchase or conditional sale agreement must be a "motor vehicle" for this exception to potentially apply. The HPA says a motor vehicle is a "mechanically propelled vehicle intended or adapted for use on roads to which the public has access". But is an electric vehicle a "mechanically propelled vehicle"? It probably is (see, for example, Section 189(1) of the Road Traffic Act 1988) but there could be some room for argument. And the position is probably more complex where the customer has two agreements.

If a lender adopts the 'two agreement' approach, there are a number of other issues including advertising, affordability (and creditworthiness) and documentation:

The issue of two agreements firmly comes into focus when a customer has a quality issue with a vehicle. Fortunately, the Consumer Rights Act 2015 means (where the customer is a consumer) the customer will have the same rights under both contracts (the position under the old law would have been extremely confusing for consumers and lenders).

In conclusion, financing electric vehicles does raise some issues to consider. Like most new products, lenders will need to think about the risks and challenges. If a lender adopts the 'two agreement' approach, the biggest challenge is likely to be clearly explaining the position to the customer to avoid risks of mis-selling allegations and complaints. But as long as all of these issues are fully considered and sensibly dealt with, it seems unlikely any of them are fatal to the financing of electric vehicles.

This publication is intended for general guidance and represents our understanding of the relevant law and practice as at March 2019. Specific advice should be sought for specific cases. For more information see our terms & conditions. 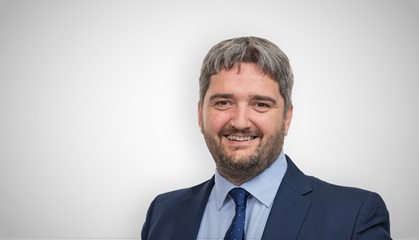