In the recent case of Kaefer Aislamientos SA de CV -v- AMS Drilling Mexico SA & Others [2019], the Court of Appeal gave guidance on how to apply a three-limb test on an application to challenge the jurisdiction of the court. It also considered the impact of an entire agreement clause in the case of undisclosed principals.

The facts in this case were complex. In summary, Kaefer commenced proceedings for sums alleged to be due under a contract for works it had performed to the accommodation areas of a jack-up rig. Kaefer issued proceedings against four defendants in England, claiming that the first two defendants (AMS Mexico and AMS) had contracted on behalf of the other two defendants (AT1 and Ezion) as undisclosed principals.

In the first instance decision, the judge applied a two-fold test of whether Kaefer had established that (1) it had a "good arguable case" and (2) it had "the better and more plausible argument". He concluded that Kaefer had not established that the court had jurisdiction against AT1 and Ezion.  Kaefer appealed.

Applicable test on a challenge to jurisdiction

Following the Supreme Court decisions in Brownlie and Goldman Sachs, the Court of Appeal stated that the proper test was in fact three-limbed. However, since the judge in the first instance had ultimately applied a consistent test, the appeal was dismissed.

In the leading judgment, Green LJ provided the following guidance on how this test should work in practice:

Limb (i): the claimant must supply a plausible evidential basis for the application of a relevant jurisdictional gateway;

Limb (ii): if there is an issue of fact about it, or some other reason for doubting whether it applies, the court must take a view on the material available if it can reliably do so;

This is an instruction to the court to seek to overcome evidential difficulties and arrive at a pragmatic conclusion if it "reliably" can. This limb recognises that jurisdiction challenges are invariably interim and so there is likely to be gaps in the evidence.

Limb (iii): but...the nature of the issue and the limitations of the material available at the interlocutory stage may be such that no reliable assessment can be made, in which case there is a good arguable case for the application of the gateway if there is a plausible (albeit contested) evidential basis for it.

The Court of Appeal disagreed with the first instance judge that the terms of agreement and, in particular, the exclusion of AT1 and Ezion from the list of parties, was not relevant.  Instead, it considered that the entire agreement was evidence (albeit not decisive evidence) that the named contractual parties were to treat each other, and no one else, as parties with liabilities and rights under the agreement.

Ultimately, this issue did not alter the outcome however, since the case for jurisdiction was rejected.

This decision is helpful in shedding light on the three-limb test that claimants must meet when seeking to sue an overseas defendant in the English courts. It also provides guidance on how jurisdiction applications should be conducted, criticising the approach of claimants who seek full disclosure from defendants (essentially as a fishing exercise) and then attempt to rely on non-disclosure to establish a plausible case.

The Supreme Court recently added to this criticism in the case of Vedanta Resources PLC & Anor v Lungowe & Ors [2019], urging parties not to mire the courts in detailed factual disputes in preliminary jurisdiction challenges.

When drafting such clauses, it is advisable to consider whether it is appropriate to state that that the parties named are the only parties that can sue or be sued, depending on their intention.

This publication is intended for general guidance and represents our understanding of the relevant law and practice as at May 2019. Specific advice should be sought for specific cases. For more information see our terms & conditions 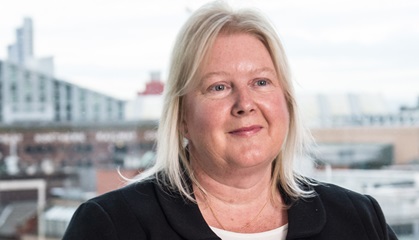 Liquidated damages for delay where completion is not achieved