In a helpful judgment for banks on the scope of lenders’ duties, which may become a precedent for distressed lending claims in the post-Covid era, the Court of Appeal has dismissed Oliver Morley’s appeal against the judgment of Mr Justice Kerr (Oliver Dean Morley (t/a Morley Estates) v Royal Bank of Scotland plc [2020] EWHC 88 (Ch)) on the alleged misconduct of RBS’s Global Restructuring Group (GRG) following the global financial crisis.

Mr Morley was a commercial property developer who entered into a 3-year term loan with RBS in 2006, allowing him to borrow up to £75m, secured against 21 properties then valued at circa. £95m.  Significantly RBS had no recourse to Mr Morley personally, only to the net proceeds of sale of the property portfolio, any liability under an interest rate hedge entered into as a condition of the loan, interest and rental income.

The loan allowed Mr Morley to refinance the portfolio, invest in new properties and spend up to £20m personally.  Mr Morley spent this cash “bonus” on a luxury lifestyle including a villa in the south of France, a yacht and a private jet.

As property values declined the portfolio was revalued at £59m in January 2009 and Mr Morley breached LTV and interest cover covenants.  His account was then transferred to GRG.

RBS unsuccessfully attempted to negotiate a restructure prior to expiry of the loan in December 2009 and Mr Morley failed to repay.  In 2010 GRG proposed to transfer the entire portfolio to West Register Property Investments Ltd (West Register), a subsidiary of RBS, or appoint receivers.

Following robust negotiations, an agreement (the 2010 Agreement) was reached in accordance with a split portfolio structure proposed by Mr Morley, so that he was permitted to repurchase 5 properties for £20.5m, with the remainder surrendered to West Register.  RBS released its security and Mr Morley from his loan obligations, writing off £10m.

Mr Morley claimed that he did not freely enter into the 2010 Agreement, which he said was the result of RBS’s breaches of duty, intimidation and threats of economic duress.

It was alleged that RBS breached:

In respect of the first duty, Mr Morley sought to rely on RBS’s internal policies to define best practice.  Kerr J held that these were not relevant and the Court should instead assess “what reasonable people in the trade or profession would expect of its members”.  Mr Morley was wrong to argue that RBS’s compliance with its internal policies and procedures was relevant to the question of whether or not it complied with professional standards or regulatory rules.

In respect of the second duty, Mr Morley alleged that RBS failed to act in a way which was “not for an ulterior purpose unrelated to [its] legitimate commercial interests”.  It was suggested that RBS was acting as a buyer rather than a lender and that it engineered defaults in order to take control of the portfolio on advantageous terms.  Further, in absence of recourse by RBS to Mr Morley personally the loan was said to be a “relational contract” in the manner envisaged by Leggatt LJ in Yam Seng Pte Ltd v International Trade Corporation Ltd [2013] 1 Lloyds Rep 526 in that it required “a high degree of co-operation, communication and confidence between the parties”.

Following Property Alliance Group Ltd v Royal Bank of Scotland plc [2018] 1 WLR 3529, Kerr J held that the only restriction on RBS’s contractual discretion was that it must be exercised so as not to “vex the claimant maliciously, nor for purposes unconnected to the bank's commercial interests”.

In requiring revaluations of the portfolio and applying a default interest rate following covenant breaches by Mr Morley, RBS was acting legitimately and rationally within its contractual discretion.  There was no evidence that RBS had “engineered” defaults, rather these were the result of deteriorating market conditions and a substantial fall in property values.  The loan was simply an “ordinary loan facility agreement” under which RBS was entitled to pursue recovery by any lawful means.  The alleged higher duties implied by the concept of a “relational contract” were rejected.

On the question of intimidation, Mr Morley relied on Berezovsky v. Abramovich [2011] 1 WLR 2290 in which it was held that i) there must be a threat to do something unlawful or illegitimate, ii) intended to coerce the claimant to take a certain action and iii) that the claimant must be coerced to take that action.

Similarly, and considered together with the above by Kerr J, economic duress requires pressure to enter into a contract with the practical effect of compulsion (DSND Subsea Ltd v. Petroleum Geo-Services ASA [2000] BLR 530).

Kerr J rejected these allegations.  There was no intimidation or economic duress in circumstances in which it could not be said that RBS did or threatened to do anything unlawful.  The negotiations were robust discussions with both parties having the benefit of legal advice.  The end result was an agreement which balanced the interests of both sides and Mr Morley was not compelled to deal on RBS’s terms.

In a short judgment handed down on 11 March 2021, the Court of Appeal dismissed Mr Morley’s appeal.

Duty of skill and care

Males LJ held that the relevant “banking service” which RBS was obliged to perform with reasonable skill and care was simply “to make funds available for drawdown by Mr Morley.  That service had been provided when funds were initially drawn down in December 2006 and from time to time thereafter.”  By the time of the 2010 Agreement, RBS had discharged that duty.  Mr Morley failed to repay the loan in December 2009 and the only question was whether RBS would exercise its contractual right to appoint receivers or exercise forbearance while commercial negotiations took place.

Addressing the status of RBS’s internal guidance, the Court held that “the aspirational language of a purely internal document provides no secure foundation for any case of breach of duty by the bank”.

The Court rejected Mr Morley’s argument that RBS breached a duty of good faith “not to act vexatiously or contrary to its legitimate commercial interests” because it was purportedly acting as a buyer rather than a lender.  Kerr J’s finding that RBS’s actions were rationally connected to its commercial interests was upheld.  RBS simply acted so as to secure the best terms of recovery that it could and there was no breach.

The Court of Appeal noted that coercion is an essential element of both intimidation and economic duress.

Kerr J at first instance found that Mr Morley was not coerced to enter into the 2010 Agreement.  Indeed, Mr Morley’s case on this point was undermined by a document disclosed only at trial.  Seeking further finance from HSBC following the 2010 Agreement, Mr Morley described the terms agreed with RBS as “a consensual deal and one which was driven by us rather than RBS”.

Mr Morley had resisted RBS’s initial proposal of a discounted redemption of £70m, with transfer of the entire portfolio to West Register as an alternative.  A split portfolio approach was proposed by Mr Morley and agreed on terms which were negotiated with both parties having the benefit of legal representation.  The Court of Appeal held that “Mr Morley may feel a sense of grievance. But he entered into the agreement with the bank of his own free will” and therefore the claims of intimidation and economic duress were dismissed.

Banks will welcome the Court of Appeal’s findings on the scope of lenders’ duties of care and good faith.  The clarification of the status of internal policy documents and guidance is also helpful.

The case establishes a high threshold for claimants to meet in claims of intimidation and economic duress resulting from free negotiations between represented commercial parties, although it is possible that the Court may take a different approach in cases where there is greater inequality of bargaining power. 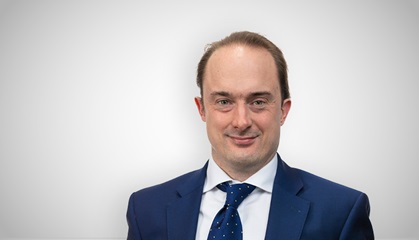 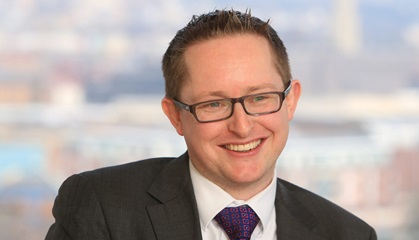