Welsh minimum pricing for alcohol to go ahead

From 2 March 2020, all retailers and bars selling alcohol in Wales will be required to charge a minimum of 50 per unit of alcohol sold.

The introduction of minimum unit pricing follows a similar law passed in Scotland that has been in force since the 1 May 2018. The main effect was to increase prices in relation to cheap high strength ciders and beers in the off-trade, rather than affecting the on-trade.

The change follows the Welsh Assembly’s vote to introduce the minimum charge in November last year, following a delay in the original timetable to allow for a ‘standstill period’ required by EU law.

The effect in Scotland from early reports suggest that whilst there has been a drop in demand for traditionally cheap high strength products, which has been offset by a change in customer behaviour toward purchasing other products. A more in-depth study is expected to be released early this year, which may shed light on the likely effects in Wales.

The Home Secretary is planning to grant extensions for on-licensed premises to remain open in celebration of the 75th anniversary of VE Day. The proposal is to allow any premises permitted to trade to 11pm on Friday 8 May and Saturday 9 May to trade until 1am the following morning.

The details of the extensions have yet to be released and premises licence holders may remember the confusion surrounding similar extensions in the past in relation to what activities would be extended, sometimes with full advice only coming late in the day.

We will keep you updated as and when further details are released.

Small music venues to get 50% reduction in business rates

The Government has announced that it will be looking to reduce business rates by 50% for small and medium-sized music venues with a rateable value of £51,000 or less.

The announcement will be a relief to struggling venues who have been hit with increased costs, such as minimum wage, and with the threatened significant increase in PRS and PPL payments. Savings are expected to be an average of £7,500 per annum for such premises.

The cuts have been announced to be included with the previously announced rate cuts for pubs and will also include cinemas. The measures are due to come into force in April 2020.

Need a list of dates of national or sporting importance for 2020? Here you are…

Our recent article by Stephen McGowan highlighted the renewed focus on gambling machines in pubs, and the enforcement action that one local authority has taken against an operator following a test purchase operation.

The pub sector may well be viewed by local authorities as an easy target, and all pub operators with gaming machine permits, would be well advised to ensure that staff are properly trained in relation to their obligations under the Gambling Act; that this training is up to date; and that the due diligence controls are in place to ensure that all appropriate steps are taken.

Should you require any help with this, we can assist you in helping to put in place the appropriate measures to ensure that you are well positioned for any future test purchasing activity, and any subsequent enforcement action that may follow.

This publication is intended for general guidance and represents our understanding of the relevant law and practice as at January 2020. Specific advice should be sought for specific cases. For more information see our terms & conditions. 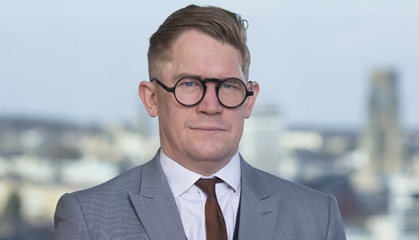