Managing online product reviews - what are the legal risks?

Managing online product reviews - what are the legal risks?

It is estimated that more than three-quarters of UK consumers check online reviews before making a purchase, with £23bn of UK spending influenced by online reviews each year.

For online retailers this is often seen as a blessing and a curse. On the one hand, authentic positive reviews left by consumers can serve as a powerful “nudge” factor that boosts sales. On the other hand, it can feel instinctively wrong to willingly host bad reviews at a key stage in the customer sales journey.

The temptation for retailers to intervene in this process and curate the most attractive product review board can be very strong. But where does the law stand on this?

Here we look at some of the regulatory risks associated with deleting, modifying or generally interfering with the online review process. We also explore the recent furore surrounding “fake reviews” – which has already prompted the Competition and Markets Authority (CMA) to take action against Facebook and eBay.

As a starting point, any retailer that offers a product review function for customers on its site must accept the risk that consumers will post negative reviews.

If a retailer weeds out the bad ones, the product review board is no longer “genuine” from a consumer law perspective. The Advertising Standards Authority is clear that the cherry-picked reviews are actually a form of advertising that must be clearly identified as such. Holding out an artificially curated product review page as a genuine one is likely to breach consumer and advertising laws.

Screening for bad reviews can also backfire in terms of bad PR if the retailer gets caught out. For example, John Lewis came under fire in the media when it emerged that the retailer was rejecting all negative comments and only accepting positive ones.

Of course, this doesn’t mean that retailers aren’t allowed to moderate or edit their review pages at all. Indeed some targeted moderation (for example deleting offensive, libellous or other offensive comments) may be legally necessary.

Equally in some cases retailers may have a genuine case for suspecting that negative comments are not posted by real customers. A sensible moderation policy for weeding out non-genuine reviews (e.g. posted by “trolls”) will normally be acceptable – but it’s important that any decision to delete a product review must be objectively justifiable and linked to a fair moderation policy.

There are a number of practical ways of reducing the impact of bad reviews, such as providing a direct public response which shows that the business has engaged with and resolved the problem. It’s also worth noting that a few bad reviews is par for the course and helps demonstrate the veracity of the review board – particularly as it has been shown that many consumers generally do not trust reviews that contain no negatives.

For practical reasons, an increasing number of brands are also turning to review management platforms such as Trustpilot. While this may result in a loss of control for the retailer, it effectively contracts out the moderation function to a trusted body that can guarantee objectivity and transparency.

Another area where retailers and brand owners can come unstuck from a consumer law perspective is by offering incentives that are designed to artificially generate positive reviews.

Incentivising a customer who has bought a product to leave an honest review will usually be acceptable provided that there is no obligation or expectation of a positive review in return.  However, offering a consumer some form of benefit in return for leaving a positive review blurs the lines as reviews posted in these circumstances are unlikely to be considered genuine.

Of course, it goes without saying that directly procuring fake reviews will always breach consumer law and can give rise to the risk of very significant criminal penalties. The owner of an online review company was recently jailed in Italy for posting fake reviews on TripAdvisor on behalf of hospitality businesses – and it's possible that similarly harsh penalties would be imposed here in the UK. It's important to note that the business purchasing the fake reviews can also face criminal enforcement action.

A more complex and developing area of consumer law is how far the owners of online market places such as Amazon and eBay are required to go to remove fake reviews for independent products from their platform. Some online marketplaces host product reviews for thousands of different products produced by numerous different (often competing) brands. Policing fake reviews on these platforms is extremely challenging.

Nevertheless, the consumer body Which? has been vocal in its criticism of TripAdvisor for “failing to stop” fake reviews on its website, while concerns have also been raised about thousands of unverified 5 star product reviews discovered on Amazon. In June 2019 the CMA launched a programme of work aimed at tackling fake and misleading online reviews.

On 8 January 2020, the CMA published an update on its programme of work aimed at tackling fake and misleading online reviews. Following an intervention by the CMA, Facebook took action to remove 188 groups and disable 24 user accounts, while eBay permanently banned 140 users.

Under consumer law, traders are under a general duty to exercise “professional diligence” towards consumers – but to what extent does this require an online marketplace to delete fake reviews posted by (or on behalf of) third parties? Clearly an online platform that hosts products reviews cannot be expected to moderate each and every review posted on its site. Still, regulators are likely to expect online platforms to take reasonable and proportionate steps to weed out fake reviews – particularly if they are aware of the problem. Both Facebook and eBay agreed to implement measures to enable them to better detect fake reviews, for example using automated detection technology.

Some of the practical steps online marketplaces can take to reduce the risk of fake reviews appearing on their site are as follows:

Online platforms that require further guidance can also refer to recent guidance produced by the British Standards Institute[1] which is designed to help traders build trust in online consumer reviews. 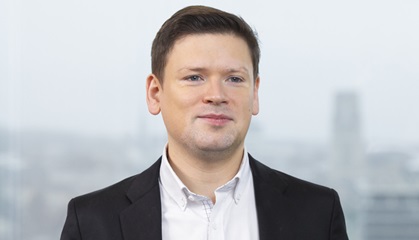