The Supreme Court has refused permission to appeal Antoine v Barclays and another as the application did not raise an arguable point of law.

This is a case that held that the registration of a vesting order was not a mistake for the purposes of the Land Registration Act 2002, even though the order had been obtained using forged documents. There was no proper basis to rectify the Register and whilst the courts had sympathy with Antoine’s situation, this could not allow them to influence the application of the law.

Although the facts of this case are fairly unique, the decision should bring some comfort to lenders in cases where fraud has been discovered but their security was registered during a time that the borrower is validly registered as proprietor pursuant to a valid and effect court order.

Background to the case

A court is permitted to alter the Land Register for the purposes of correcting a mistake under para 2(1)(a) of the 2002 Act.

That a court will apply the rules to alter the Register in respect of voidable dispositions has been clarified in case NRAM v Evans.

A appealed to the Court of Appeal on the grounds that the judge was wrong to find that the 2007 Order was not void and that T's registration as proprietor was not a mistake and could therefore be rectified.

T argued that the Order was void as, had the registration taken place purely on the basis of the forged documents (and not as a result of a court order) then the transaction would have been void and the registration a mistake.

The Court of Appeal confirmed the lower court's decision that the Registrar had no duty to record that a registration was pursuant to an Order which had been made when A was not present.  The High Court had stated that "Any such duty would be tantamount to requiring the Registrar to go behind the terms of the order, the very thing that it is accepted by everyone that the Registrar may not do.  Furthermore, it would undermine the purpose of the legislation, in particular the conclusive nature of registration".

Whether the entry in the register is a mistake must be considered at the time the entry is made and to hold otherwise would undermine the policy behind the 2002 Act – to which the register should be a complete and accurate statement of the title at any given time.  This follows the ruling in NRAM v Evans.

The Supreme Court’s refusal to grant permission will bring comfort to lenders if the charge has been registered during a period of time that the borrower is validly registered as the proprietor pursuant to a valid and effective court order, even where a fraud is subsequently discovered.

It supports the principle that the register is a guarantee of title and therefore makes it harder for charges to be rectified from the register.

Whilst the High court, and subsequently the CA, accepted and sympathised that Antoine was the unfortunate victim of a fraud this could not allow them to influence the application of the law. 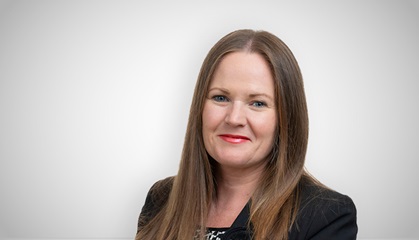 How might the Moveable Transactions (Scotland) Bill affect restructuring and insolvency in Scotland?