In the first part of our three-part series on the menopause and work, we looked at the reasons why menopause is such a crucial workforce issue, and explained what should go into a menopause policy.

In this second part of the series, we look at menopause in the context of the employment law framework. What are the key legal obligations triggered by employees experiencing the menopause and what can we learn from the evolving caselaw on this topic?

How does the employment law framework apply to people transitioning through menopause?

Health and safety and risk assessments

Employers have a general duty to ensure the health, safety and welfare of employees at work, which covers the full spectrum of women’s health-related issues, including menopause.

Employers also have a legal duty to carry out suitable and sufficient assessments of the risks to the health and safety of employees in the workplace.

Risk assessments must consider the specific needs of those experiencing menopause and ensure that arrangements for employees’ work will not exacerbate symptoms.

A recent discussion as part of a Women and Equalities Committee session went further and covered the potential for mandatory risk assessments covering menopause; this might need to cover general workplace factors such as temperature controls, rest areas and access to drinking water.

The gender pay gap is widest for women over 50 (Office for National Statistics, Gender pay gap in the UK: 2021, 26 October 2021). One explanation for this may be that women can struggle to balance experience of menopause with engagement in the workplace. If they reduce their hours or miss out on opportunities for career progression, a company’s gender pay gap may well be adversely affected.

Action to address employee retention and seniority where the gap is at its highest will have a significant impact on reducing the gap overall.

Approaches designed to help menopausal women to remain in quality jobs, with access to training and development, will be an important aspect of strategies designed to address any gender pay gap identified in gender pay reports. (Throughout this article we use the term ‘woman’ with reference to menopause but note that our comments apply equally to trans, intersex and non-binary people experiencing menopause symptoms).

Mistreatment of women because they are experiencing menopause symptoms may trigger Employment Tribunal claims, most likely under equalities legislation but also under unfair dismissal.

In fact, the number of Employment Tribunal claims that reference the menopause have nearly doubled in the last year. (People Management, Employment tribunals citing menopause up in 2021, report shows, 1 June 2022).

Analysis conducted by Menopause Experts Group of court records found that there were 23 employment tribunals citing menopause in 2021, an increase of 44% on the 16 cases seen in the previous year. This included 16 tribunals claiming disability discrimination, 14 claiming unfair dismissal and 10 claiming sex discrimination. So, numbers are still low but there is a clear upward trajectory.

The menopause is not a specific ‘protected characteristic’ under the equalities legislation; and the government has recently confirmed that it will not amend legislation in order to create specific protections linked to the menopause. However, Employment Tribunal claims for discrimination, harassment and victimisation because of menopause may be brought under general equalities provisions covering age, sex and disability discrimination/duty to make reasonable adjustments.
Menopause symptoms must be severe in order to be classed as a disability, triggering protection under the Equality Act 2010. A person will be classed as disabled under equalities legislation if they have a physical or mental condition which has a substantial and long-term adverse effect on their ability to carry out normal day-to-day activities.

‘Substantial’ means ‘more than minor or trivial’. ‘Long-term’ means that the condition is permanent or has lasted, or is expected to last, 12 months or more.

There is no specific mention of menopause symptoms in equalities legislation or in the Equality and Human Rights Commission’s Code of Practice on the meaning of disability. It has been left to case law to decide how the general employment law framework applies in the context of employees experiencing the menopause.

The Employment Appeal Tribunal (EAT) decided that an Employment Tribunal had been wrong to hold that menopause symptoms including insomnia, stress, migraines, hot flushes, memory loss and palpitations which had been present for over two years were not substantial enough to constitute a disability under the Equality Act 2010. In this case, the employee had complained to her manager about the impact of hot flushes on her work, who had dismissed them on the basis that "he gets hot in the office too".

While the EAT has overturned the tribunal’s decision, the case will now return to a freshly constituted tribunal to carefully analyse Ms Rooney’s evidence and determine, among other things, whether the definition of ‘disability’ is satisfied.

In this case, an Employment Tribunal considered whether an employee's menopause symptoms were substantial enough to amount to a disability. Ms Donnachie experienced hot flushes seven or eight times a day which were regularly accompanied by palpitations and feelings of anxiety. The frequency of the flushes would increase when Ms Donnachie was under stress or pressure. She also began to experience night sweats and would wake six to eight times a night. Ms Donnachie also began to experience fatigue, anxiety and memory and concentration difficulties. Ms Donnachie was prescribed HRT patches by her GP which improved her symptoms, but they still persisted, particularly when she was under pressure. Ms Donnachie's symptoms impacted day-to-day activities including carrying out household chores, walking, reading, writing, using a computer and sleeping.

Ms Donnachie's employer argued that she merely suffered from typical menopausal symptoms and therefore the impact on her did not meet the “substantial” part of the definition of disability under the Equality Act 2010. However, the tribunal held that the impact of Ms Donnachie's symptoms on her day-to-day activities was more than minor or trivial and her menopause symptoms did amount to a disability. It could not see any reason in principle why "typical" menopause symptoms could not amount to a disability.

In Gallacher v Abellio Scotrail Limited, Mrs Gallacher's employer admitted that she was disabled due to her menopausal symptoms. However, the EAT upheld an Employment Tribunal's decision that Mrs Gallacher's treatment by her employer was unrelated to her disability, including her dismissal without prior notice at her annual appraisal without any procedure being followed. The difficulties between Mrs Gallacher and her manager had started before her menopause symptoms. The reason for the dismissal was an irretrievable breakdown in trust and confidence between two senior managers at critical time for a business and, even if a fair procedure had been followed, it would not have affected the outcome. So, whilst menopause symptoms may be covered by Equality Act 2010, there needs to a causal link between those symptoms and the treatment of the employee.

The EAT also upheld the Tribunal's finding that the employer did not know and could not reasonably have been expected to know that Mrs Gallacher had a disability. While Mrs Gallacher's manager was aware of her menopausal symptoms, no information had been provided of the substantial disadvantage suffered and effects on her day-to-day activities.

This publication is intended for general guidance and represents our understanding of the relevant law and practice as at September 2022. Specific advice should be sought for specific cases. For more information see our terms & conditions. 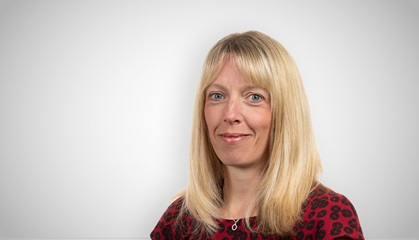 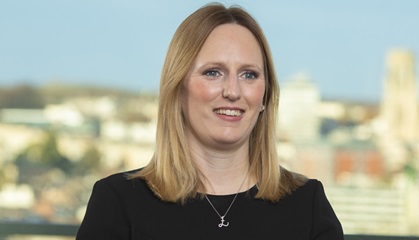 Cost of Living Crisis: the potential legal issues for hospitality and leisure employers

10 top tips for trans and non-binary inclusion at work

Redundancy selection and pools of one