On 20 May, the Secretary of State for Business, Energy and Industrial Strategy (BEIS) introduced the Corporate Insolvency and Governance Bill to Parliament.

The text of the Bill was made available on the same day. The Bill covers, principally, the introduction of a new restructuring moratorium, to allow company directors a breathing space in which to restructure its affairs with a view to rescuing the company as a going concern (and the concomitant restructuring plan provisions).

Of more immediate concern to debtors and creditors of trading companies, however, are the provisions in sections 8-9 and Schedule 10 of the Bill, which effect a temporary moratorium on presentation of winding up petitions between 27 April 2020 and 30 June. This temporary measure affects most non-financial services focused trading companies (significantly retailers and wholesalers of consumer goods). However, it comes as some surprise that the provisions have not been confined to a specific sect of circumstances (e.g. leases of commercial property) or to a specific sector (e.g. retailers). Instead, potentially any company benefits from the provisions, unless it falls within a narrow list of exceptions (mostly related to financial services, capital markets, derivatives and commodities).

For companies in scope, the moratorium can be summarised as follows:

(a) Shorts Gardens LLP V London Borough of Camden [2020] EWHC 1001 (Ch), decided 27 April 2020. This case decided that Covid-19 was not the reason the companies involved were facing financial difficulties. Although the learned judge expressed his understanding was that the bill would only apply to landlord & tenant situations, in specific sectors and linked to Covid-19, the fact that the petitions were presented well before 27 April and were based on long-standing arrears and costs orders, mean that the Bill would not have been engaged, despite the widening of its scope.

(b) Travelodge Hotels Limited (THL) v Prime 2020, an as yet unreported decision made on 6 May 2020, in which the judge restrained the issue of a petition for unpaid rent, having regard to the upcoming Bill and its retrospective effect (and the fact that he Bill was virtually certain to be passed). The restraint granted was temporary however, and the case will be coming back to court.

Both cases amply demonstrate the balancing act the courts will have to undertake during the period to 30 June, and in particular the assessment as to whether a company’s financial difficulties are almost exclusively due to the impact of Coronavirus on its business.

In summary, winding up petitions against most trading companies are now prohibited from 27 April, save where the creditor can satisfy the court that (i) Coronavirus did not cause the debtor’s financial difficulties or (ii) the debtor’s financial difficulties would have occurred independently of Coronavirus. No doubt a substantial body of case law will arise as a result of the legislation.

If you would like to discuss any questions or concerns you may have about the new legislation, please contact us.

This publication is intended for general guidance and represents our understanding of the relevant law and practice as at May 2020. Specific advice should be sought for specific cases. 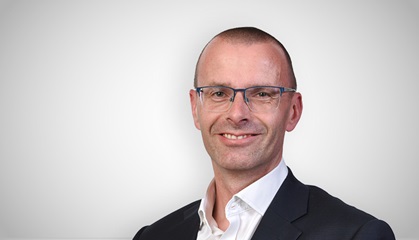 Register of Overseas Entities: a practical summary for lenders

Corporate transparency in 2022: a guide for Insolvency Practitioners