National Security law: what does it cover?

We hosted a webinar with our strategic alliance partners Holla Legal & Tax and GSJ advocaten on upcoming legislation governing investments and acquisitions in areas that could affect national security, we discussed the scope of the new laws in each country.

The UK, the Netherlands and Belgium are all in the process of implementing laws that require government notification of investments in, or acquisitions of, companies or assets that could have an impact on national security. In the UK there is a list of 17 “sensitive” sectors which are considered strategically important from a national security perspective:

Investment or acquisition, irrespective of whether it originates from within or outside the UK, in any of those sectors meeting certain requirements which will be set out in secondary legislation must be communicated to the Secretary of State for Business, Energy and Industrial Strategy.  A final order or final notification that no further action will be taken must be received from the Secretary of State before the deal can be completed.

Notification is mandatory for acquisitions of significant shareholdings or voting rights in a company or other entity operating in a sensitive sector that is either UK incorporated/based or operates in the UK. What’s more, there are further rules concerning voluntary notification where material influence over an entity is acquired or certain sensitive assets (such as plant and equipment, real property or intellectual property) are transferred.

There are penalties for non-compliance, including the transaction being unwound, large fines, and even prison terms.  Even when a transaction falls into the ‘voluntary’ category, if the Secretary of State rules that they should have been notified, conditions can be placed on deals retrospectively.

It is the responsibility of the acquiring party to assess whether a notification is necessary, and to make the notification.

Belgium and the Netherlands are less advanced in their processes to make the law so their lists of sectors have not yet been finalised. The Bill before the Netherlands’ Parliament identifies vital sectors (i.e. heat transport, nuclear power, air transport, the port area, banking, financial market infrastructure, extractable energy and gas storage).

The laws in all three countries will apply to military suppliers and dual-use technology that might have been designed with civil applications in mind but could also have a military use or, under the UK Act, could threaten the UK’s interests (for example its democracy).  This could include but is not limited to robotics, artificial intelligence and surveillance equipment and software. This is an area which requires judgment and analysis and, as is established in the UK and is expected to be the case elsewhere, the onus would be on the acquirer to correctly assess whether there is a potential dual use in order to avoid penalties.

The UK Act will also apply to sales in an insolvency situation, so practitioners in that area will need to be equally vigilant. Because of the accelerated nature of insolvency transactions, Bart Goossens of GSJ advocaten in Belgium expressed hope that the possible six months of investigation for complex approvals would be curtailed in that situation. No government guidance is currently available on that issue, but Belgium is still in the early stages of its legislative process.

Due to the lack of clarity and finality in all three countries it is vital for investors, acquirers and their advisers to stay as up to date as possible with the rules as they are finalised in this area, and to proceed with all necessary caution in advising their clients. As the application of the legislation will be retrospective, so that deals that are now being completed will all be susceptible to call-in once the laws are in force, all three experts in the webinar emphasised the importance of allowing time for assessment and communication with their respective government departments in respect of transactions within the relevant sectors.

This publication is intended for general guidance and represents our understanding of the relevant law and practice as at October 2021. Specific advice should be sought for specific cases. For more information see our terms & conditions 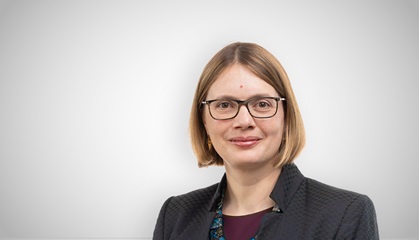 National Security and Investment Act: an overview for insolvency practitioners

National Security and Investment Act: a guide for lenders

National security law: when does it come into force?