The claim underlying CMOC's freezing order application related to losses sustained as a result of an alleged fraud perpetrated by certain individuals within the company. Those individuals had gained unauthorised access to a senior manager's email account and successfully instructed several large payments totalling in excess of £6M from CMOC's bank account, held with Bank of China's London branch, to various other banks around the world.

CMOC's first step was to apply for a freezing order to stop any (further) dissipation of those funds that had been wrongly paid out from CMOC's account. This was complicated by the fact that the alleged fraudsters had not been identified, so it was unclear against whom a freezing order should be made.

First, the court looked at the headline issue of whether it had jurisdiction to grant a freezing order against "persons unknown". Although there was existing case law (Bloomsbury v News Group Newspapers [2003] EWHC 1205) as authority that the court has general jurisdiction to grant injunctions and orders against persons unknown (provided that a sufficient description of the respondent(s) is provided to allow identification), there were no previous decisions doing so in respect of a freezing order. The court took the view that there was no good reason why that jurisdiction should not be extended to cover freezing order, any potential arguments about contempt and enforcement not being unique to freezing orders. In fact, the court considered that there was good reason to do so here, as it was arguable that the freezing order would allow for applications for ancillary relief and also assist the claimant in furthering its investigations into the identity of the unknown respondents. Although unknown, a sufficient description could be given as to the respondents as those who had allegedly perpetrated the fraud on CMOC.

Secondly, the court considered whether it should allow service out of the jurisdiction. The court considered that England was the appropriate jurisdiction and forum for the matter as the loss to CMOC had occurred when the funds had left CMOC's bank account, which was held in London. Service outside of the jurisdiction could be made relying on the permitted gateway for claims in tort.  In addition, the court considered that there was good reason to permit alternative service on certain email addresses (and one physical address) that CMOC had identified for the respondents to try and ensure the order was brought to the attention of the respondents.

CMOC also sought disclosure orders against the banks to which the stolen funds had been remitted. The court held that this was critical information for assisting with the identification of the respondents and to pursue the underlying claim, and granted the order accordingly, notwithstanding the fact that the recipient banks were located outside of the jurisdiction.

This is an important decision which sets a precedent for banking clients seeking to recover monetary losses as a result of fraudulent activity. It is easy to see how, in such circumstances, banks may need to move quickly to protect any further dissipation of those monies, even before they have been able to identify who and where the funds may have ultimately gone to.

The decision demonstrates the willingness of the English courts to see that justice is done, adapting and extending the existing powers that the courts have to meet the logistical and practical challenges faced in this ever increasing global and technological age. 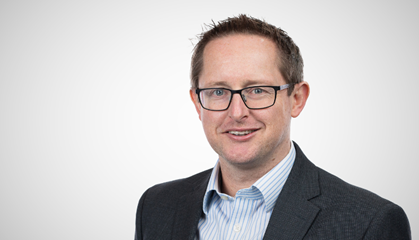