The NPPF: how new planning rules stir up the system

A revised version of the National Planning Policy Framework was published in July. How does it differ from the previous version and what are the implications?

What is the NPPF?

The National Planning Policy Framework (NPPF) was published by the government in March 2012 as an attempt to consolidate and simplify the large quantity of policy that had previously been published. It sets out the government's planning policies for England and how they are expected to be applied. Since 2012, the NPPF has been the subject of a considerable number of judicial decisions interpreting the framework, which demonstrates its significance in the planning process.

What are the major differences between the new and old NPPF?

The new NPPF was published in July 2018 and in respect of the determination of planning applications, came into force immediately. The original theme of achieving sustainable development has remained the same and the environmental objective is still one of three overarching objectives of the planning system.

As with the old NPPF, the new framework is perceived as being focussed on housing with a lesser focus on all other types of development. In light of the ongoing requirement for planning applications to be determined in accordance with the development plan, there is a quantity of material relating to the preparation of this.

In particular, there is a new requirement that plans should be reviewed to see if they need updating at least every five years and strategic policies will need updating every five years if the local housing need figure has changed significantly. Continuing the government's general thrust following the Neighbourhood Planning Act 2017, there is stronger support for neighbourhood plans.

What are the major environmental differences between the new and old NPPF?

As was probably to be expected, there is very little change proposed to the protection of the green belt. There is a stronger emphasis on the need for open space, sport and recreational provision.

The planning system is also identified as supporting the transition to a low carbon future. The paragraphs relating to renewable energy have been updated to include reference to renewable heat, with the Written Ministerial Statement on wind development set out in Footnote 49.

There are a number of new definitions in Annex 2 that relate to a variety of environmental issues. Some have been amended to take out specific reference to European Directives as has some of the text. Section 15 relates to the conservation and enhancement of the natural environment (previously Section 11).

Paragraph 170 now has stronger protection for sites of biodiversity value and a requirement that wherever possible development should help improve local environmental conditions. There has also been a shift from minimising impacts on biodiversity and geodiversity to protection and enhancement. Paragraph 175 c) has introduced potentially stronger protection for irreplaceable habitats (including ancient woodlands and veteran trees) where any development should be refused unless there are wholly exceptional reasons. However, a footnote introduces a public benefit test with specific examples including nationally significant infrastructure projects, Transport and Works Act Orders and hybrid bills.

Paragraph 182 introduces the "agent of change" principle requiring developers to mitigate any adverse effects from existing businesses or community facilities.

What are the practical implications of the new NPPF?

Of most practical significance is the introduction of the standardised methodology (which is not actually contained in the NPPF) to assess the minimum number of homes needed for the production of strategic housing policies. Part of this will also be the contribution that small and medium sized sites make towards meeting the housing requirement of an area.

From an environmental perspective especially, there are a number of small amendments that mean a particularly careful reading of the relevant paragraphs is needed to ensure that all parties to the development process are aware of the new requirements. In essence, this means that there will likely be a heavier burden on developers in ensuring that they have provided local planning authorities with everything that is required and on local planning authorities in checking the material provided by developers.

This article first appeared in the ENDS report. 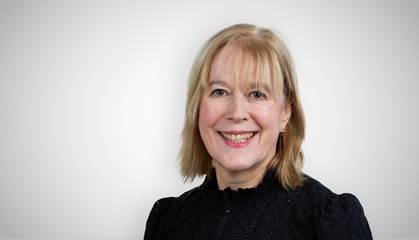