The review was launched because of concerns that card acquiring services may not offer value for money for merchants. Some concerns that had been raised include:

The focus of their market review was on card-acquiring services for Mastercard and Visa. The Report follows on from the PSR’s interim report published in September 2020.

The PSR has been evaluating and examining how competition in the supply of card-acquiring services operates, including looking at the fees merchants pay for card acquiring services and the quality of service they receive.

The PSR adopted two broad segments for the review, splitting merchants into:

a) small and medium sized merchants having an annual card turnover up to £10 million – this includes almost all merchants with those with a turnover of up to £380,000 accounting for around 90% of the overall merchant population; and

b) large merchants having an annual card turnover over £10 million – this segment is dominated by a small number of the largest merchants with a turnover of over £50 million, accounting for around 76% of overall card transactions.

Points of interest: the growth in card acceptance

The Covid-19 pandemic has caused an acceleration of well-established trends such as the growth in card payments, changing shopping preferences, and increasing levels of card acceptance.  This prompted the PSR to consider it even more important for the supply of card-acquiring services to work well for merchants going forward.

The PSR also noted that there has been rapid expansion of the largest payment facilitators and Stripe in recent years, who dominate the market for the smallest merchants. In particular, they onboarded over 80% of merchants between 2014 and 2018.

Key findings in the Report

In line with its interim report, the PSR found that small and medium sized merchants do not regularly search, consider switching providers or negotiate with their current provider – even though they could get a better deal if they did so.

The PSR identifies three features that both individually and in combination restrict small and medium sized merchants’ willingness and ability to compare and switch between acquirers:

Acquirers and independent sales organisations (ISOs) don’t typically publish their prices, and their pricing structures and approaches to headline rates vary significantly. This makes it difficult for a merchant to compare prices for ISOs, acquirers and payment facilitators.

The indefinite duration of acquirer and payment facilitator contracts for card-acquiring services do not provide a clear trigger for merchants to consider switching provider.

Remedying the above issues will improve outcomes for merchants by encouraging them to compare and switch between providers, or negotiate a better deal with their existing provider. The PSR’s view is that a more straightforward and low-cost search and switching process is needed so merchants can compare different providers and deals.

The Report also concludes that scheme fees charged by Visa and Mastercard have increased significantly between 2014 and 2018 (more than doubling) – and those increase are not explained by changes in the volume, value of mix of transactions.

The PSR is due to publish a remedies consultation in early 2022, following which it will seek views and information from stakeholders, with payments industry stakeholders expected to play a key role in developing effective and proportionate measures that increase merchant engagement and ultimately improve choice and prices. Following this, a provisional decision will be published for a further consultation in late 2022.

The PSR has set itself an ambitious agenda when it comes to shaking up the UK payment acceptance landscape, but it remains to be seen whether it will opt for direct intervention to ensure effective competition, or rely on the goodwill of actors in the sector to improve the outcome for merchants, particularly those who lack the bargaining power to negotiate rates or terms.

We suspect the PSR will consult on at least some of the following potential changes in the remedies consultation (many of which were identified in their interim report):

There will no doubt be strong views from different stakeholders in the industry on the effectiveness of any such changes and any potential unintended consequences. We eagerly await the PSR’s proposals and we’ll provide a further update when the remedies consultation is published.

This publication is intended for general guidance and represents our understanding of the relevant law and practice as at December 2021. Specific advice should be sought for specific cases. For more information see our terms & conditions. 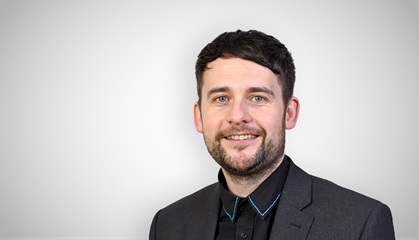 Can we build a green future on Blockchains?