The recent case of T v T highlights some important considerations when dealing with pension sharing orders. In particular concerning:

The facts of the case

A pension sharing order is made

The T v T case concerned a separating husband and wife. In 2015, a final court hearing determined the proceedings. One of the Judge’s orders was a pension sharing order whereby the wife would receive 40% of the husband’s pension, which had a cash equivalent value (CEV) of £826,125. The pension sharing order was based on a broad-brush approach to the overall assets.

After delays to terms being drafted and approved, and a delay caused by the husband seeking to appeal aspects of the order, the pension had increased to £1,795,362 (in October 2016).

Additionally, in December 2016, the pension provider announced that it would be substantially reducing CEVs for external transfers as the scheme was underfunded. For the purposes of an external transfer, the CEV of the husband’s pension was discounted to £722,138.

Responses from both parties

The wife mistakenly believed that an external transfer was her only option and made an application to the court that she should receive 40% of the non-discounted CEV. The wife’s application was misconceived for various reasons. She was also unaware that she could have elected to receive an internal transfer instead because the pension scheme was underfunded.

The husband, in response, made an application to the court to vary the pension sharing order on the basis that the wife would be now receiving a substantial windfall if she received a 40% share of the increased CEV. His argument was that the order had been made with the aim of providing the wife with specified capital sum. The husband sought to reduce the percentage share that the wife would receive to reflect the capital sum that she would have received for a CEV of £826,125.

This case offers a cautionary tale when considering how pension sharing orders should be worded and the issue of “moving target syndrome” due to fluctuating CEVs. In the court’s view, the pension sharing annex should not go any further than stating the percentage that the non-member spouse will receive. It should not stipulate the percentage required to produce a particular lump sum.

Think twice before you tick the box!

The case also highlights the pitfalls of ticking the “external transfer” box on the pension sharing annex itself. The PAG report recommended a removal of this section altogether but, as yet, this is yet to be put into effect.

Parties should be aware of their ability to request an internal transfer where the pension scheme is underfunded and the pension provider is offering reduced CEVs. If the parties had been aware of this option, the T v T litigation may have been avoided and substantial legal costs not been spent.

Taking a pragmatic approach to managing risks – our guidance:

Ultimately, it should be noted that whilst it is technically possible for the court to vary a pension sharing order, between the making of the order and pronouncement of decree absolute, the court will only do so in very exceptional circumstances.

If you would like to discuss the details of any of the points made in this insights piece, please feel free to contact our family team.

This publication is intended for general guidance and represents our understanding of the relevant law and practice as at December 2021. Specific advice should be sought for specific cases. For more information see our terms & conditions. 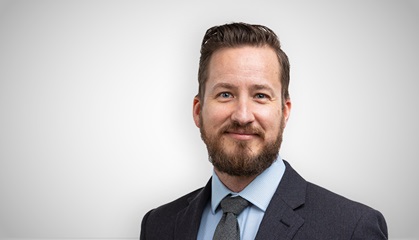 Stewardship for pension schemes: the facts