TLT represented NatWest in its successful defence of a claim by Tecnimont Arabia Ltd (‘TAL’).  Judgment was handed down on 17 May 2022 following a five-day trial before HHJ Bird (sitting as a judge of the High Court).

TAL was tricked by an authorised push payment (‘APP’) fraud into paying $5 million to an account at NatWest.  It sought to hold NatWest responsible for failing to freeze the account until nearly all the funds had been dissipated.

Suing the recipient bank was fairly unusual. Cases on fraudulent payments have generally involved claims against the paying bank (for example, the Quincecare line of cases).

TAL’s main argument was that NatWest had been unjustly enriched as the recipient of the payment.  The judge’s analysis of that argument helps to develop the law of unjust enrichment and is discussed more fully below.  In short, the judge found that TAL had failed to establish the legally required connection between TAL and NatWest.  Separately, NatWest succeeded in its defence that it had changed its position in good faith by paying out the funds on its customer’s instructions.  In other words, NatWest was not at fault in its systems and conduct, so it was not unjust to dismiss the claim.

TAL also relied on the principle of knowing receipt, but that part of the claim failed because the funds were not trust property.

The full judgment is available here.

A claim in unjust enrichment requires (1) enrichment of the defendant (2) at the claimant’s expense (3) in circumstances giving rise to one of the recognised ‘unjust factors’ and (4) without any valid defence to the claim.  Here, elements (2) and (4) were primarily in dispute.

As to element (2), NatWest argued that any enrichment was not at TAL’s expense.  The judge agreed, dismissing the claim.  The payment had passed through different accounts in the international banking system, whereas the law required a more direct payment from TAL to NatWest.  In reaching this conclusion, the judge considered the old Agip line of cases that required a claimant to be able to trace its funds to the defendant; and the more recent decision of the Supreme Court in Investment Trust Companies v HMRC [2017] UKSC 275, which held that the economic reality is not relevant to the ‘at the expense of’ requirement.  The judge found that TAL’s claim depended on the application of common law tracing rules as in Agip, although that may not be so in other cases.

As to element (3), TAL was able to show a relevant mistake as the unjust factor, even though it was not blameless.  There is no doctrine of ‘relative fault’ and so the judge did not need to consider the extent to which TAL’s conduct had contributed to the loss of the $5 million.

As to element (4), NatWest argued that it had a defence of change of position, because it had paid out the money in good faith on its customer’s instructions.  TAL argued on the precedent of Niru Battery [2004] QB 985 that the defence would not be available if NatWest’s conduct was ‘commercially unacceptable’.  The judge held that the fundamental question was not about the commercial acceptability of NatWest’s conduct, but whether it would be unjust to deny restitution to TAL.  That depended on the circumstances at the time when the money was paid out, which are discussed next.

TAL said that NatWest had three opportunities to freeze the funds.

The first opportunity was when one of NatWest’s real-time anti-fraud systems generated an alert.  The purpose of that system, however, was to detect possible fraud against the customer.  TAL argued that NatWest should also have had real-time systems to detect fraud by the customer.  An anti-money laundering system had given an alert, but not before the funds had left NatWest.  The judge heard evidence as to NatWest’s systems (although some of that evidence was heard in private and held within a confidentiality ring).  He held that the systems followed industry standards and were plainly adequate.

The second opportunity was when a member of NatWest’s fraud team reviewed another alert from the anti-fraud system.  TAL argued that he had failed to follow the correct procedure.  Although he did not give evidence, the judge found that he had acted in good faith.  In any event, he would not have detected the fraud even if he had followed the correct procedure (which as before was aimed at detecting fraud against the customer).  The judge also held that a failure to follow procedure was far from enough to make NatWest liable.

The third opportunity was after TAL’s bank had notified NatWest that the payment was the result of a fraud.  A number of NatWest employees then acted on the notification and froze the account by the end of the day.  TAL said they should have acted sooner so as to prevent a small, final payment being made.  The judge held that the delay in freezing the account was relatively short.  It was also rational for the employees to focus on recovering the large amount of funds that had already been paid away rather than on freezing the much smaller sum that remained.  Thus, even if it was theoretically possible to freeze the account sooner, the delay was not unjust.

As a result, the judge did not accept that any of these circumstances would have made it unjust to deny TAL’s claim, so NatWest’s change of position defence succeeded.

This decision sets a welcome precedent both for banks who may face claims from non-customers who are the victim of APP or other fraud, and for lawyers advising on the principles of unjust enrichment.

Claimants will now struggle to show that a recipient bank was enriched at their expense, unless the bank had far greater involvement than a retail bank usually would.  Also, while the change of position defence depended on the facts, the judge’s analysis shows that challenges to a bank’s systems are unlikely to succeed – following industry standards should suffice.  Moreover, failures to follow internal procedures may not be fatal to the defence. 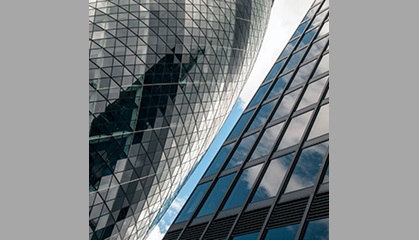