Trends in the food and drink sector

Trends in the food and drink sector

Despite 2018 being a very tough year for many in the food and drink industry, according to research compiled by Grant Thornton, M&A and private equity deal activity in the sector remained steady with a fall of just 2.8% compared to 2017. This is supported by our experience during the period where we were involved on a number of significant deals in the sector including NewRiver's acquisition of Hawthorn Leisure.

In this article, James Webb, Associate at TLT, discusses the continued challenges for the market and some possible trends for the year ahead.

1. Availability and the cost of employment

Whilst the latest statistics published by the ONS confirm that the UK economy is experiencing the highest employment rates since records began, the statistics also highlight a record number of current vacancies. Access to labour for many in the food and drink sector remains a key challenge, especially for restaurant and bar operators who have been heavily reliant on migrant workers and who have seen a recent spike in the number of EU workers leaving ahead of Brexit.

The ONS also reports that average earnings increased by 3.4% in 2018. Again the food and drink sector has been particularly affected by wage inflation including as a result of legislation-driven cost pressures, such as the introduction of the national living wage, apprenticeship levy and increasing cost of compliance with auto-enrolment pension obligations.

With the UK importing around 50% of its food from overseas, the devaluation in the pound since the 2016 Referendum has inevitably seen a rise in the cost of product prices. The Bank of England has also warned that a disorderly Brexit could see food prices rise further by between 5-10% not just as a result of further falls in the value of the pound, but also from any tariffs imposed and as a result of increased costs at the border as imports are checked.

According to figures published by Deloitte, the combined business rates payable by restaurants in London alone increased from £202m in 2016 pre-rate revaluation to £269.3m in 2017 post-rate revaluation. The Fleurets rental survey for the five-year period ending in 2017 showed a corresponding average rent increase in London of 22% for free of tie pubs and 20% increase in shell rents for bars and restaurants.

The previous ten years has been characterised by a significant rise in the number of operators, with many viewing the search for growth coming at the expense of site quality and consumer experience. 2018 saw the start of what many view as a correction in a saturated market with the CVA becoming an increasingly popular way for many (including Jamie's Italian, Prezzo and Byron) to restructure in order to preserve an underlying sustainable business.

Other trends have also increased the oversupply in the sector including the rise in online shopping which has resulted in a decline in footfall in shopping centres and on the high street. The result has been for a number of sites that were previously earmarked for retail to be converted to food/drink offerings further increasing competition in areas with an ever reducing customer base.

Whilst 2018 was undoubtedly a difficult trading period, the year did at least end with some positive news with the Coffer Peach Business Tracker confirming that like-for-like sales in managed pub and restaurant groups were up by 4.1% in December 2018 compared to the same period in 2017. The positive position at the end of 2018 was however tempered by a 1.9% drop in like-for-like sales at the start of 2019.

There were also significant M&A transactions in the sector in 2018 showing the continued appetite from investors and trade buyers. There was a renewed focus on pub acquisitions with NewRiver, Fullers and BrewDog all being active. The restaurant industry also experienced some significant transactions including The Restaurant Group's acquisition of Wagamama and TriSpan's acquisition of a majority stake in Rosa's Thai Café.

Some possible trends for 2019

It is anticipated that there will be a continued shift towards healthy alternatives especially amongst the younger demographic with a movement away from meat, alcohol and sugar. ONS statistics show that 27% of 16-24 year olds describe themselves as teetotal compared with 19% ten years ago. This does not necessarily mean that the 27% does not want socialise, and therefore represents a significant opportunity for businesses that are able to adapt and cater for this group of potential customers. As such, alcohol free as well as lower alcoholic alternatives are expected to see a rise in popularity, as well as an increase in demand for healthier alternative drinks such as kombucha or kefir.

While vegetarian and vegan alternatives form an important part of the drive for healthy alternatives, the Asian food market in particular with its healthy food credentials is also anticipated to see growth. In addition to the transactions involving Wagamama and Rosa's Thai Café in 2018, Giggling Squid has also confirmed that they have appointed GCA Altium to advise on options for future growth.

2018 saw the continued prominence of premiumisation, with gin, tonic and craft beer in particular continuing their meteoric rise. Whilst gin and premium mixers are predicted to see continued growth, many are looking to the next big thing with whiskey, rum and their own dark-spirit mixers expected to become increasingly popular.

Differentiation and a focus on the customers' experience is also expected to be a continuing trend this year, not just in the food and drink sector but across all forms of leisure. Customers are seeking out bars and restaurants that offer other leisure pursuits with the rise of "competitive socialising" such as Crystal Maze type experiences, social darts and disco bingo.

Even the premiumisation of gin and tonic when served with a particular garnish/botanical can be viewed as turning a drink into an experience. Trends in wine buying are also expected to shift away from expensive mainstream brands towards wines that are perceived as being different and therefore offer a different experience.

This trend also enables businesses to increase returns at quieter times. For example, some nightclubs have been opening their doors at lunchtime to run spin-classes which also benefits from tapping into the healthy alternatives trend.

Disruptive technologies certainly have the potential to bring significant bottom line benefits for businesses in the food and drink sector. Whilst the casual dining market has experienced a very challenging period, the rise of smartphone-based delivery firms like Deliveroo and Uber Eats has seen a surge in takeaway delivery. According to the market analysts at the NPD Group, the last decade has seen more than a 70% increase in the delivery takeaway market and that is predicted to continue to grow significantly.

Technology also provides the opportunity for businesses to showcase their offering and clients have spoken of the desire to ensure that any new fit-outs provide backdrops which are "Instagram-able" to plug into the free marketing available that an attractive looking post can provide. Technology can also enable bars to improving the experience of their customers by providing apps that offer upgrades, drinks packages, queue jump, the ability to order drinks and food from your table without queuing at the bar and so on in real time.

Whilst 2019 is likely to continue to be a challenging market there are signs of optimism for operators who are able to adapt to changing trends and innovate for its customers. It is anticipated that those business who are able to appeal to the changing trends will continue to be successful and strategic and bolt-on acquisitions will remain an important tool for businesses to scale up their operations.

This publication is intended for general guidance and represents our understanding of the relevant law and practice as at April 2019. Specific advice should be sought for specific cases. For more information see our terms & conditions. 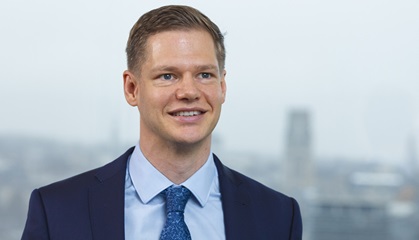