Turning back the clock on prescription in Scotland?

Turning back the clock on prescription in Scotland?

As many readers will be aware, the law on prescription (the effect of the lapse of time on creating and destroying rights) is different in Scotland and England & Wales.

This is an important distinction for lenders, especially in cases where it is later discovered that a loan was granted on the basis of negligent advice received, for example, from a solicitor or surveyor.

In Scotland, claims for negligence are required to be raised within five years of the loss or damage and in England & Wales the limitation period is six years. However, recent case law made the picture considerably more confused and the Scottish Parliament has legislated to attempt to remedy that confusion.

Professional negligence lawyers routinely talk about "primary" and "secondary" prescription periods. Primary limitation is relatively straightforward. An action for negligence can be raised within five years of the date of the loss. Under the principles of SAAMCo (the House of Lords' decision in South Australia Asset Management Corporation v York Montague Ltd [1997]) the date of the loss in the lender scenario is ordinarily the date when the loan was advanced. The loss occurs because the lender has a loan outstanding that is greater than the value of its security.

Secondary prescription however is more complicated. Under the 1973 Act (Section 11(3)) the five year prescriptive period can be delayed until the claimant "was, or could with reasonable diligence have been, aware that loss, injury or damage had occurred". This phrase had been the subject of a number of cases in Scottish courts over the years. Until 2014 the general view was that a creditor was required to know of the loss and the loss was required to have been caused by a negligent act or omission.

In a typical lender negligence claim, funds are advanced in reliance on advice from a solicitor or surveyor. After a number of years, the borrower defaults on their loan. The lender makes the usual attempts to engage with the customer before ultimately taking steps to repossess the property. Once the property is in possession and the property is valued (and retrospective valuations are obtained) the lender realises that it is facing a loss on the repossession sale. Prior to 2014, the lender would argue that only at that stage did it realise (a) that it was facing a loss and (b) that the loss was as a result of the original over-valuation by the surveyor.

In the case of David T Morrison & Co v ICL Plastics, the Supreme Court determined that this general view that a creditor was required to know of the loss and the loss was required to have been caused by a negligent act or omission was not correct.

The facts of the ICL Plastics case are very far removed from those of a typical professional negligence case. In 2004 there was a significant explosion in Glasgow that caused extensive damage to the surrounding area including Morrison's premises. There were a number of intervening factors in that criminal proceedings were commenced, a fatal accident inquiry took place and large scale investigations were required in relation to the cause of the explosion. It took some time to establish that there was an element of fault and that the explosion was not simply an accident.

Proceedings in that case were raised more than five years after the date of the explosion.  Morrison argued that, in accordance with the decisions of the courts at that time, the prescriptive period was delayed until they were aware of the fault and their proceedings had been raised within time. The court however ruled that Section 11(3) only delayed the start of the prescriptive period to the date when the loss was known and it was not essential for them to become aware that it was someone's fault. As they were aware that they had suffered a loss as at the date of the explosion, any proceedings were required to be raised within five years of that date.

This decision made it potentially more difficult for lenders to raise claims for professional negligence as the prescriptive period was harder to delay.

The position for lenders became even more difficult following the decision in Gordons Trustees v Campbell Riddell Breeze Paterson. This was another decision by the Supreme Court and again the facts were very different from the typical professional negligence case.

This was a case where notices were required to be served under an agricultural tenancy in order to terminate the lease. The solicitors served notice on the tenant, however this was done incorrectly. Nevertheless, in reliance of those notices, Gordons Trustees started court proceedings to remove the tenant. The action lasted for a period of four years until the court refused to give effect to the notices.

Gordons Trustees sought to argue that it didn’t become aware of the loss until the court had refused to give effect to the notices and therefore the prescriptive period was delayed until the original court had refused its application. The court held however held that Gordons Trustees suffered loss on the date that it incurred the legal expenses relating to the original notices and when the tenant refused to vacate, and therefore the action was raised out of time.

Lord Hodge in the Supreme Court judgement acknowledged that "the decision is harsh on the creditor" but took the view that a harsh result was preferable to offer certainty.

This again made it harder for lenders to delay the prescriptive period as they will have incurred legal costs in most cases long before any property was taken into possession.

Lord Hodge's view of the harshness of the result was fairly widely shared. The interpretation placed considerable barriers on anyone who suffered a "latent" loss i.e. one that they were not immediately aware of. The Scottish Law Commission agreed with this and published a report (in 2007) to consider various amendments. After the usual period of consultation by the Scottish government, that Act received royal assent on 18 December 2018. Part of the Act was implemented on 19 December and other provisions will come into force after agreeing the transition period.

When the new section of the Act is implemented it is likely to make it more straightforward to raise proceedings for professional negligence using secondary prescription in a typical lender case where advice has been given.

Take the example above where a borrower services a loan for a number of years before any default and legal expenses are then incurred as a result of issuing 'Letters Before Action' or 'Calling Up Notices'. If the borrower goes on to address the arrears and services the loan for a further period before defaulting again, then under the old Act the "clock" is likely to have started ticking very much earlier than under the new Act. Under the "old" Act, loss would be suffered at the time of the original default and when incurring legal expenses (in addition to the original "loss" and the date of the advance). Under the new law, there also needs to be an awareness of the negligent act (reasonable diligence is required)

This can be contrasted to the position in England and Wales where the lender has three years from the date when they had "or ought to have had" the knowledge required to bring the claim (subject to a longstop date of fifteen years from the date of the cause of action).

As yet, the relevant provisions of the Act have not been implemented and the Scottish government is consulting on transitional provisions. It is hoped that the new limitation provisions will be brought in soon to address the "harsh" current implications of the recent decisions. Once those provisions are brought in (which are unlikely to have retrospective effect) then it should hopefully avoid many of the prescription challenges that are being advanced by the insurers.

Lenders should take professional advice as early as possible to avoid the substantial risk that claims will continue to fall at the prescription hurdle.

This article was first published in Mortgage Finance Gazette. 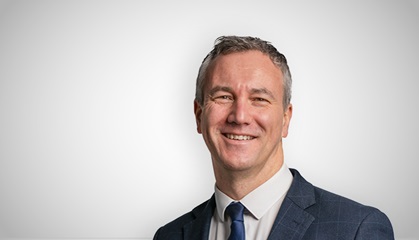