What now for UK telecoms regulation?

What now for UK telecoms regulation?

It’s an exciting time for the UK’s electronic communications industries, and particularly telecommunications. We’re the first country to have all of its mobile operators launch domestic 5G services, and the UK has ambitious plans for the majority of our citizens to have 5G access within 5 years. And the UK is now going full tilt to ensure every home and business premise has access to full-fibre. While the official government target remains 2033, Johnson’s Conservative Party manifesto commits to 2025, with £5 billion of new public funding to help connect areas that aren’t commercially viable.

BT’s Philip Jansen says BT stands ready to deliver, but only if the rules enable BT to earn a fair return. But what is good for BT’s network build may not be good for other network operators.  Getting the regulation right and hitting the regulatory sweet-spot, maximising speedy roll-out while safeguarding retail competition will be key.

Ofcom is on the verge of launching its Fixed Telecoms Market Review (FTMR), covering wholesale inputs into retail broadband and high capacity business circuits, although this review isn’t due to complete until April 2021. That means timing is tight if regulation is to be squared and political ambition met. In addition to ensuring a fair return for investors, the FTMR will also need to address indexation of legacy services, FTTP anchor pricing, and pricing flexibility.

Legislative change will be needed to implement significant chunks of the new European Electronic Communications Code (‘the Code’) into the UK’s domestic legislation. This is important, as changes designed to support full-fibre and 5G roll-out, and supported by the last Conservative government, are vital to deliver this Government’s ambitions and allow Ofcom to hit the regulatory sweet-spot with its FTMR. The changes needed include extending Ofcom’s review periods from 3 to 5 years and altering the regulatory objectives to encourage investment in and take-up of fixed and wireless very high capacity networks and services.

As things stand the UK has until 21 December 2020 to transpose the Code. Assuming the EU (withdrawal Agreement) Bill and the agreement with EU re-negotiated earlier this year remain substantively the same, the transitional period – the window for the UK to negotiate a new trade deal with the EU before interim arrangement drop away – will run to 31 December 2020. This will enable to UK to use savings proposed in the Bill to transpose the Code using secondary legislation, providing a quicker route than primary legislation allows.

Meanwhile, Building Digital UK (BDUK), part of DCMS, already has £740 million from the National Productivity Investment Fund for full-fibre, but spend has been slow. So far £10 million has been allocated to 4 pilot projects and £190 million to the Challenge Fund (a capital grant Programme) of which £67 million has gone to the Gigabit Broadband Voucher and Rural Gigabit Connectivity schemes. New impetuous may come with a new Secretary of State for Digital, Culture, Media and Sport, who will oversee delivery of Johnson’s full-fibre and 5G ambitions.

State Aid rules will remain a constraint, restricting central and local governments’ ability to plough the promised £5 billion aid into encouraging the roll-out of full fibre broadband.  While policing responsibility will pass from the European Commission to the UK’s Competition & Markets Authority, any aid will still need to comply with EU rules for the foreseeable future.

If the prime minister is to deliver on his broadband and 5G commitments, creating the right economic regulatory environment and enabling state aid to be applied fairly - while hugely important - will not by itself enable success.

Building on the work of the previous government’s Barrier Busting Task Force, this government will need to quickly address the challenges presented by the Electronic Communications Code and Wayleaves, including access to flats and apartment blocks; it will need to work with local authorities to smooth the process of laying cables in our street and avoid planning rules unnecessarily delaying network build, and ensure public property, e.g. street signs, can be used in a way that encourages retail competition and the speedy roll-out of 5G. As well as supporting the UK’s switch-off of the PSTN and switch-over to fibre networks, business rates exemption and – through BDUK – their approach to the “final third”.

We should learn more following the Queen’s Speech on Thursday 19 December. 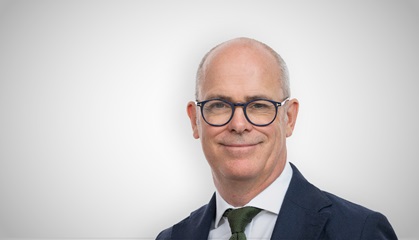