TLT has published results of its fifth gender pay gap report revealing the UK law firm has successfully reduced its mean and median pay gap for a third consecutive year.

In addition to firm wide improvements, TLT also recorded progress in tightening pay gaps between different roles including lawyers, legal directors and associates. The lawyer pay gap was at an all-time low in 2021 at 3.7%, whilst a negative pay gap was recorded for the first time amongst legal directors (-1.9% mean and -0.06% median). The pay gap amongst associates also remained under 1% for the third consecutive year.

These positive results showcase the progress the firm is making in terms of addressing gender-imbalances across pay quartiles. Indeed, the report reveals that one of the main contributing factors to TLT’s gender pay gap stems from the under-representation of women in higher paying jobs. Although women make up the majority of employees at the firm (72%), only 22% of employees in the highest paying jobs are female, compared to 32% which are male. In contrast, there is also a higher percentage of women in lower paying roles at firm.

The firm credits its pay gap progress to its longer-term gender equality strategy, which has delivered a number of positive changes in recent years including:

Examples of some Initiatives have included:

Since 2019, the firm has taken a number of proactive steps to better understand the factors widening the median ethnicity pay gap and to address the career barriers faced by all BAME employees working at TLT including:

“Whilst we still have plenty to do to close our gender and ethnicity pay gaps, I am encouraged by the results of our latest report, and the picture this paints over the course of the past five years.

“We have worked hard in the last couple of years to ensure inclusivity is at the heart of everything we do and this coupled with our impactful initiatives are helping narrow our gender and ethnicity pay gaps.

“The introduction of our robust equality, diversity and inclusivity strategy has caused a ripple effect across our firm and I am confident that we are fast on our way to becoming one of the most inclusive and diverse law firms in the country”. 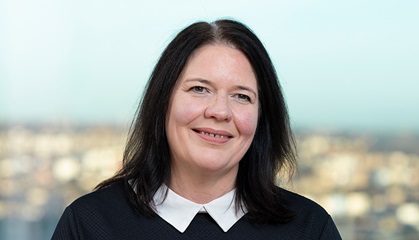 UK Trust Registration Service: what needs to be registered and when?

The Register of Overseas Entities has now gone live – what do you need to do?