TLT’s Head of International Trade, Caroline Ramsay, has made this year’s Lawyer Hot 100 in recognition of her ‘rousing success’ in 2021.

In particular, The Lawyer recognised Caroline’s initiative in forming a stand-alone trade group within the firm before Britain left the European Union, along with her successful pitch to win a place on the UK Government’s Department for International Trade panel at the start of 2021.

Caroline specialises in trade issues arising from European and World Trade Organisation regimes. She also chairs the firm’s International Trade group, which was formed to advise central government and private sector clients on a number of international trade measures and legal advice post-Brexit

Caroline was seconded to Whitehall during the Brexit Transition Period and held the position of lead external legal advisor on a range of significant and complex central government projects.

“I am flattered to have been included in the Lawyer Hot 100 for 2022. Seeing my name next to the other legal professionals listed this year and reading about their outstanding achievements reinforces how special this recommendation is.

“I am incredibly grateful to the wider team for their continued support throughout 2021 which marked another successful year for us and our clients. I look forward to seeing what 2022 brings.” 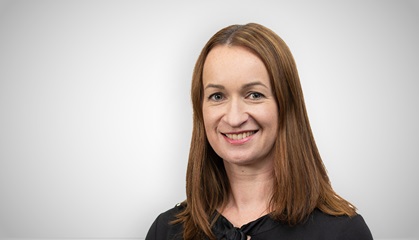