TLT has advised Santander UK on its multi-million pound funding to the UK's leading owner and operator of battery storage, Zenobe Energy Limited. The funding is for the construction and operation of what is anticipated to be the largest battery storage plant in Europe (100MW/107MWh) at Capenhurst in Cheshire.

TLT advised Santander UK on the facilities advanced to a subsidiary of Zenobe by way of a non-recourse debt facility. This latest funding round takes the total debt financing provided by Santander UK to more than £60m to support and bolster Zenobe’s future development plans.

In addition to becoming the largest battery in Europe, the project has also been awarded the first reactive power contract offered by National Grid ESO. This will make the battery, which is expected to be completed by 2022, the world’s first to receive reactive power direct from the locality’s distribution network operator, thereby absorbing reactive power directly from the transmission grid and playing a key role in grid balancing in Cheshire and the wider Mersey region.

The TLT team advising Santander UK on the deal was led by banking partner Gary Roscoe, alongside Oliver Coad, Ed Lacey, Becky Panton and Danielle Futcher. This latest and fifth finance package builds on a first-of-a-kind facility set-up between Zenobe and Santander UK in 2019, on which TLT also advised.

“This is an incredibly exciting and ground-breaking development to be part of. Zenobe’s work is at the cutting edge of battery development, worldwide.

“We are delighted to support Zenobe with this landmark transaction, delivering a complex funding solution that unlocks growth opportunities. It was a pleasure to work with TLT, which has in-depth knowledge and understanding of commercial battery storage projects. It was fundamental to making this project a success.”

“We’re pleased to support Santander UK in financing energy storage facilities, particularly given the key role storage is set to play in the clean energy system. Unlocking the potential of energy storage will transform the UK energy system and the future of how the world is powered. This project is the latest – and most powerful – example of this thriving sector, and we are proud to play a part in making this a reality.

“We look forward to the project’s development and completion, and the subsequent benefits it will bring at a regional and national level. It’s a privilege to be able to act on the commercial agreements that bit by bit help make our energy system sustainable and tackle climate change.” 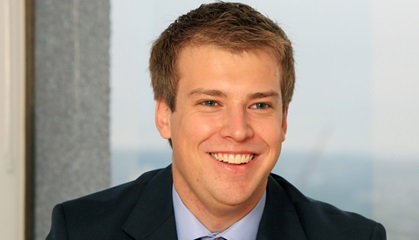