TLT has won an expanded role on the National Legal Services Framework after a three-stage consolidation process. The framework can be accessed by all England, Wales and Northern Ireland police forces and local authorities.

The firm – which was first appointed to the framework in 2009 – has retained its property role (residential, commercial and PFI) and gained a new position for employment.

TLT has also retained its role advising on business as usual procurement, contract and commercial governance matters with the addition of a position on the newly recreated lot for complex projects and disputes.

The process was designed to identify firms that can apply legal and technical expertise to the current political and operational context, and the appointment will last for four years.

Vanessa Cooper, legal director and head of blue light at TLT, says: “We’ve advised forces for more than twenty years and have been on the National Legal Services Framework for more than ten of those, so it’s a wonderful achievement to be expanding our role.

“We were placed first in two of the lots and the expansion of our role in complex procurement demonstrates the true breadth of experience and expertise in that team. We’re also delighted to be supporting the framework with matters from across our UK-wide, full-service employment team.

“There are a number of macro events impacting blue light services today, not least Covid-19, Brexit and the adoption of new technologies. We look forward to working with police forces and local authorities to navigate this new environment in the coming months and years.” 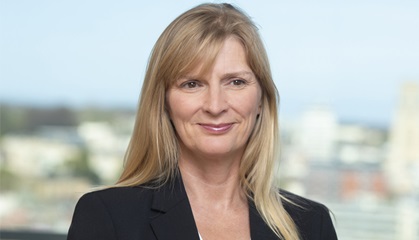