TLT in the running for trio of South West Dealmakers Awards

TLT has been shortlisted in three categories at this year’s South West Dealmakers Awards, including a nomination for Corporate Law Firm of the Year for the fourth year running.

The annual awards bring together lawyers, accountants, bankers and financiers to recognise the wealth of talent across the region’s corporate finance and deal-making community.

TLT’s nomination for Corporate Law Firm of the Year recognises another year of growth driven by its deal-making activity in the region over the last year, despite the challenging environment.

The firm has advised on some of the region’s most high profile transactions, including advising Forthglade Foods on its secondary buyout backed by IK Investment Partners; advising Ecotricity on its partnership with Gridserve; and advising on the sale of Bristol Energy.

TLT is also in the running for ‘Deal of the Year’ for supporting BTQ Limited on its US $60 million acquisition by US-based MSA Safety, and for ‘Small Deal of the Year’ for its work advising Amdaris Group Limited and its shareholders on a £6m growth capital investment from BGF.

The firm’s corporate team has benefitted from senior level growth in the South West over the last year, including James Webb’s promotion to partner in January 2021 and the recruitment of legal director Dan Whitewood into the team.

“In what could have been an uncertain period due to the impact of both the pandemic and Brexit on investor confidence, the team achieved significant growth and were ranked as one of the top deal advisers in the South West by Experian MarketIQ.

“We continue to advise large corporates as well as some of the UK's most exciting start-ups and fast-growth businesses and their investors on all of their corporate needs. These nominations reflect our excellent reputation as one of the most active law firms in the South West, and are welcome recognition of the continued hard work and dedication of our team.”

The winners will be revealed on 15 September at a ceremony at the Bristol Marriott City Centre Hotel. The full shortlist can be viewed here. 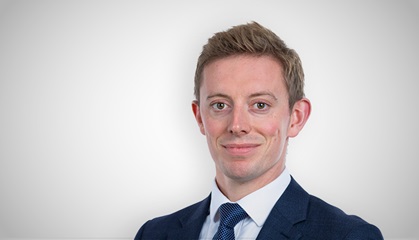