TLT has been ranked one of the most active clean energy advisers in the world for the fifth consecutive year by leading trade publication Clean Energy Pipeline.

The global league table names TLT as the second most active adviser in terms of the number of M&A deals completed in 2020, climbing from fourth position in last years’ rankings. The position is based on the firm’s clean energy specialists having advised on 32 deals valued at $352m.

The firm was also ranked tenth for the number of project finance deals, advising on 20 deals worth $298m.

Notable projects included advising Thrive Renewables on its first battery storage acquisition and its first commercial rooftop solar initiative; advising Santander UK on its £12m financing of a flagship 30MW battery storage project; advising Triodos Bank UK on its first finance to support the development of electric vehicle charging infrastructure with a loan to Pod Point, one of the largest providers of EVCI in the UK; and advising Blackfinch on two wind energy sites in Scotland.

“We’re delighted to have been ranked by Clean Energy Pipeline as a top legal adviser once again in this sector, and especially pleased to have moved up the rankings based on our M&A activity. Our leading position reflects the fact that we are one of the ‘go to’ law firms in the UK for clean energy and is testament to the great work done across the whole team.

It has been a difficult year for many sectors but the clean energy market has been busier than ever with subsidy free projects, battery storage projects and multi-technology projects all booming coupled with an insatiable appetite from investors. We’re pleased to remain at the forefront of this sector and will continue to play a key role in identifying and bringing together opportunities for developers, investors and funders.” 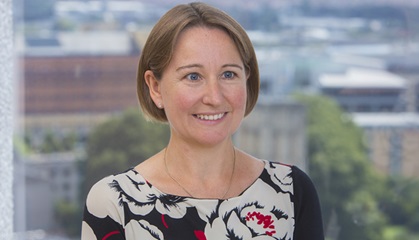