TLT shortlisted for Corporate & Commercial and NI awards by Legal 500

TLT shortlisted for Corporate & Commercial and NI awards by Legal 500

TLT has been shortlisted in two categories at the Legal 500 Awards 2020: Corporate & Commercial Firm of the Year (outside of London - South West) and Northern Ireland Firm of the Year.

The nominations are based on over 70,000 interviews with in-house counsel and law firms, demonstrating TLT’s leading reputation in the South West and NI legal markets.

The corporate & commercial nomination recognises the team’s outstanding performance in the South West of England. The corporate team was ranked top legal deals adviser by Experian MarketIQ in 2019 and was recently named Tech Dealmaker of the Year at the Go:Tech Awards 2019.

Andrew Webber, recently announced to become TLT’s national head of corporate, says: “This has been another strong year for the corporate team both nationally and in the South West. We are pleased to support some of the region’s most exciting and fast growth businesses and remain committed to playing an active role as the team continues to grow in the burgeoning business scene from our head office here in Bristol.”

Katharine Kimber, partner and location head for TLT in NI, says: “It is a real honour to be nominated for Northern Ireland Firm of the Year. We’ve been through a significant period of growth and expansion over the last couple of years and this has enabled us to offer an even broader service to clients, as well as attracting market-leading lawyers who are specialists in their market. We continue to see opportunities for growth and are looking forward to building on this in 2020.”

The winners of the 2020 awards will be announced in December. 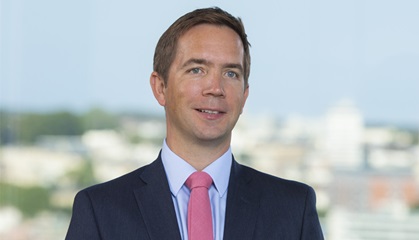