The hat-trick of nominations at all three of the legal industry’s most prestigious awards underscores TLT’s reputation as a leading UK firm and recognises the firm’s impressive progress over the last year.

TLT reported an 11% increase in turnover to reach £110m in 2020/21, as it launched an ambitious strategy to 2025 under the leadership of managing partner John Wood.

The shortlisting recognises the firm’s appointment to a number of legal panels including Sainsbury’s, BT, Anglian Water, Vodafone, the UK’s government’s post-Brexit trade law panel and the Scottish Police Authority, alongside its work on numerous market-shaping transactions for clients including Boohoo, Santander and IDBI Bank.

The past year has seen the firm agree formal strategic alliances with partner firms in Holland and Belgium to strengthen international support for clients and accelerate the development of its UK offer and its wider international network.

John Wood, managing partner at TLT, commented: “Seeing TLT nominated for Law Firm of the Year for the third time this year is fantastic and a strong indicator that our firmwide strategy is working well.

“Our investments and the dedication of everyone at TLT are yielding strong growth and further enhancing our UK-wide, full-service offering for clients, and it’s great to see that our progress has not gone unnoticed either by the wider market. We have a clear plan, centred on delivering excellence for our clients, and our work over the past year demonstrates that we’re doing this on a daily basis.”

The winners will be announced at The Lawyer Awards virtual ceremony on Tuesday 2nd November 2021. 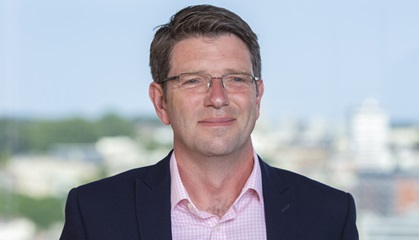 Assignment of claims in insolvency: Court of Appeal judgment in Re Edengate

Re-inventing the wheel - buying tech or building it yourself