TLT associate Grant Edwards has been shortlisted in the ‘Emerging Dealmaker of the Year’ category at the Northern Ireland Dealmakers Awards 2021.

The annual Dealmakers Awards recognise the high quality professional advisory firms and funders in Northern Ireland (NI) and some of the best deals in which they were involved. This is the second year running that Grant has been nominated in the Emerging Dealmaker of the Year category, which recognises individuals aged 35 and under who have made the biggest impact on the NI deals market over the year.

Grant advises on the full breadth of corporate transactions including mergers and acquisitions, private equity, venture capital and group reorganisations within the NI market, and has introduced investors to over £60m of deals in Northern Ireland in the last 12 months.

Grant also operates at a high level on clean energy transactions in the region on notable deals such as Alpha Real Renewables’ entry into the NI energy market with a portfolio of eleven wind projects - one of the largest clean energy deals in the region in 2020.

“Grant is particularly active in the investment community, working closely with entrepreneurs, venture capital, private equity and institutional funds, accelerators and universities. He continues to develop a strong reputation in Northern Ireland as someone who can connect fast growth businesses to investment funds and has been instrumental in the growth of TLT’s brand in the region.

“His commercial and strategic approach to overcoming challenges is highly valued by our clients, as is his commitment to driving growth in the deals market in Northern Ireland. Grant has rightfully secured his place as a trusted business adviser to many of his clients.

“I’m really pleased that the Dealmaker’s panel of independent judges has also recognised Grant’s contribution and dedication to the investment community in NI with this nomination.”

The winners will be announced on 2nd September 2021 at the Europa Hotel, Belfast. 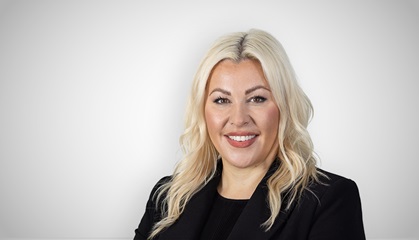