Northern Ireland will soon have its first ever legislation to tackle climate change after Stormont passed an amended form of the Climate Change Bill brought forward by the Minister for the Department for Agriculture, Environment and Rural Affairs’ (“the Department”).

The passing of the Climate Change (No.2) Bill means that the Private Members Bill introduced by Claire Bailey of the Green Party will not proceed after she said that the new Bill passed by Minister Poots had been amended to make it “stronger than previously proposed”.

Northern Ireland had been an outlier in terms of climate change laws, having been the only part of the UK and Ireland without specific legislative commitments to reducing greenhouse gas emissions. However, this will now change with the Bill set to receive royal assent after passing the final stage on 8 March 2022.

Overview of the Bill

This legal insight is not exhaustive of the various clauses of the new legislation but highlights some key areas which have been committed to:

The Bill commits Northern Ireland to a target of net zero by 2050. This is a compromise to the target of 82% initially proposed by Minister Poots by 2050 and the net-zero target by the earlier date of 2045 proposed by Claire Bailey.

Further, the emissions target for 2030 is to be at least 48% lower than the 1999 baseline and the Northern Ireland departments must develop and publish sectoral plans setting out how they will contribute to achieving the targets.

The legislation also places a duty on the Department to make regulations that set the maximum total amount of carbon emissions for each 5-year budgetary period. Reports known as ‘climate action plans’ must also be published every 5 years setting out how the interim and overall targets will be achieved.

The Executive Office must also by regulations establish an independent office known as the Northern Ireland Climate Commissioner. The keys functions are to oversee and report on the operations of the Act when it comes in to force.

Concerns have been raised about what “teeth” the Commissioner will have, similar to the Office for Environmental Protection which was recently established in NI under the Environment Act 2021 to improve the environment by holding the government and public authorities to account. The scope of the Commissioner’s proposed powers has yet to be defined, so it will be interesting to find out how the Commissioner’s role ultimately plays out in light of the stringent targets to be met.

The legal provision for “Just Transition” ensures that the Department must establish a scheme for the purpose of providing advice and financial assistance to the agriculture sector to help it deliver its contribution to net zero. This will be overseen by a Just Transition Commission which is yet to be created. It is too early to get an idea of what the amount or extent of financial assistance might look like so the agriculture sector must wait in anticipation of the new regulations to be agreed.

The legislation will not require a level of net methane emissions reduction of more than 46% from the 1999 emissions baseline by 2050, which is consistent with the advice from the UK’s Climate Change Committee and Intergovernmental Panel on Climate Change. This cap on reductions has been welcomed by the agri-food organisations in Northern Ireland as the extent of proposed limits was one of the major concerns raised previously by the sector.

With numerous amendments introduced by the NI Assembly, the Bill that was ultimately approved is in fact very similar to the competing Bill that Claire Bailey had originally proposed. It seems that this Bill - whilst perhaps not going as far as some would like – represents a good compromise with agri-food bodies (representing a major part of the NI economy) appearing to be supportive.

Whilst the legislative basis for climate action has now finally been provided for in Northern Ireland, this is only the framework upon which further legislation and policy must be built.  If there is to be any meaningful chance of targets being met, there remains much work to be done. Nevertheless, this is an encouraging step in the right direction.

Momentum is building with this new climate legislation, the recent Energy Strategy (see our recent legal insight), and more consultations in the pipeline.

The wider use of sustainable drainage systems (SuDS), the ability to store storm water in green/open areas during heavy rainfall, and enabling NI Water to adopt and maintain some privately owned drainage infrastructure constructed pre-1973 are all being considered.

The consultation was launched on 11 March and is open for a period of 12 weeks, closing on 3 June 2022. The list of consultation responses can be found at Section 12 at the following link and stakeholders can respond online.

Once the responses are considered, a Consultation Report will be prepared. Those with an interest in water infrastructure, development and climate change generally should use this opportunity to shape the final policy and legislative proposals to be brought forward to the NI Executive.

TLT’s Belfast-based Planning, Environment & Clean Energy team advises on all aspects of planning and environmental law in Northern Ireland and are qualified in Northern Ireland, England & Wales and the Republic of Ireland. For more information, please contact Andrew Ryan or Sarah Mulholland.

This publication is intended for general guidance and represents our understanding of the relevant law and practice as at March 2022. Specific advice should be sought for specific cases. For more information see our terms & conditions. 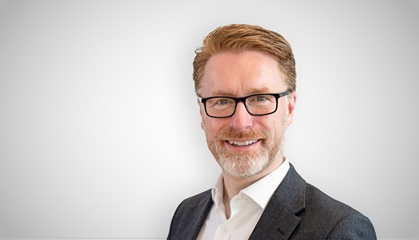 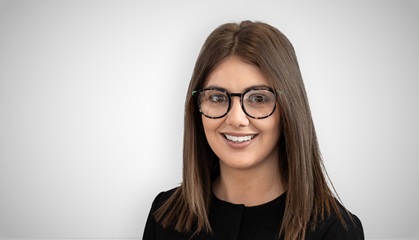